Careful not to mistake the Olympus’ TG-Tracker for your average range finder, because they look pretty similar. The TG-Tracker is an action camera ideal for hunting. Why? It’s got some unique features that separate it from action cameras you’ll take snorkeling, snowboarding, or off-roading. Here are other action cameras that are more rounded in terms of capability. 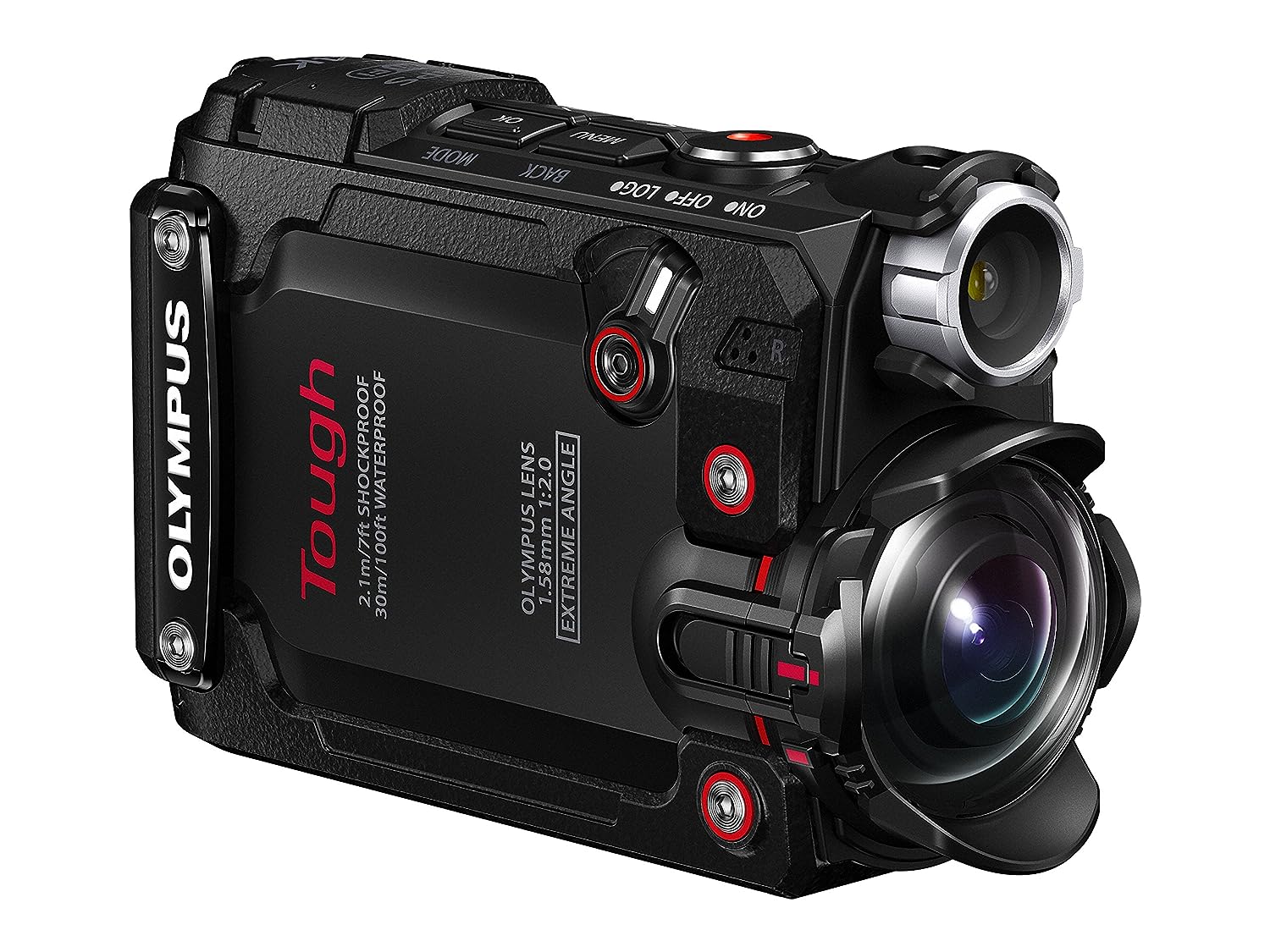 What should you want in an action camera? If you’re a hunter, the first thing you’ll probably think of is camouflage, but that’s not always the case.

Let’s explore some of these categories and find out why the TG-Trackers is the ideal hunting action camera.

The TG-Tracker doesn’t look like your typical action camera. Its interface is actually on the side and flips out backward. You hold the camera much like a range finder instead of on a selfie stick where its pointed back at you. You can still mount the TG-Tracker on a stick, but it’s not quite the ideal selfie taker.

It might not be a tank, but it sure is built like one. The TG-Tracker is built to endure the occasional drop or mishandle, but that doesn’t mean you should actively look to destroy it! The most important thing you can do to extend its lifetime is to use it responsibly.

Don’t let the odd design of the TG-Tracker detract from your thoughts about its camera. It wields an impressive 4k quality at 30FPS camera which is the best you can get for any action camera. Whatever you plan on viewing on your hunting trip, the TG-Tracker will capture it all for a pretty affordable price.

The TG-Tracker’s camera can see 204 degrees in front of itself, about 24 degrees wider than most adventure action cameras. It isn’t panorama but it gets pretty close. It’s ideal for spotting and capturing things that might be outside of what even you can see. 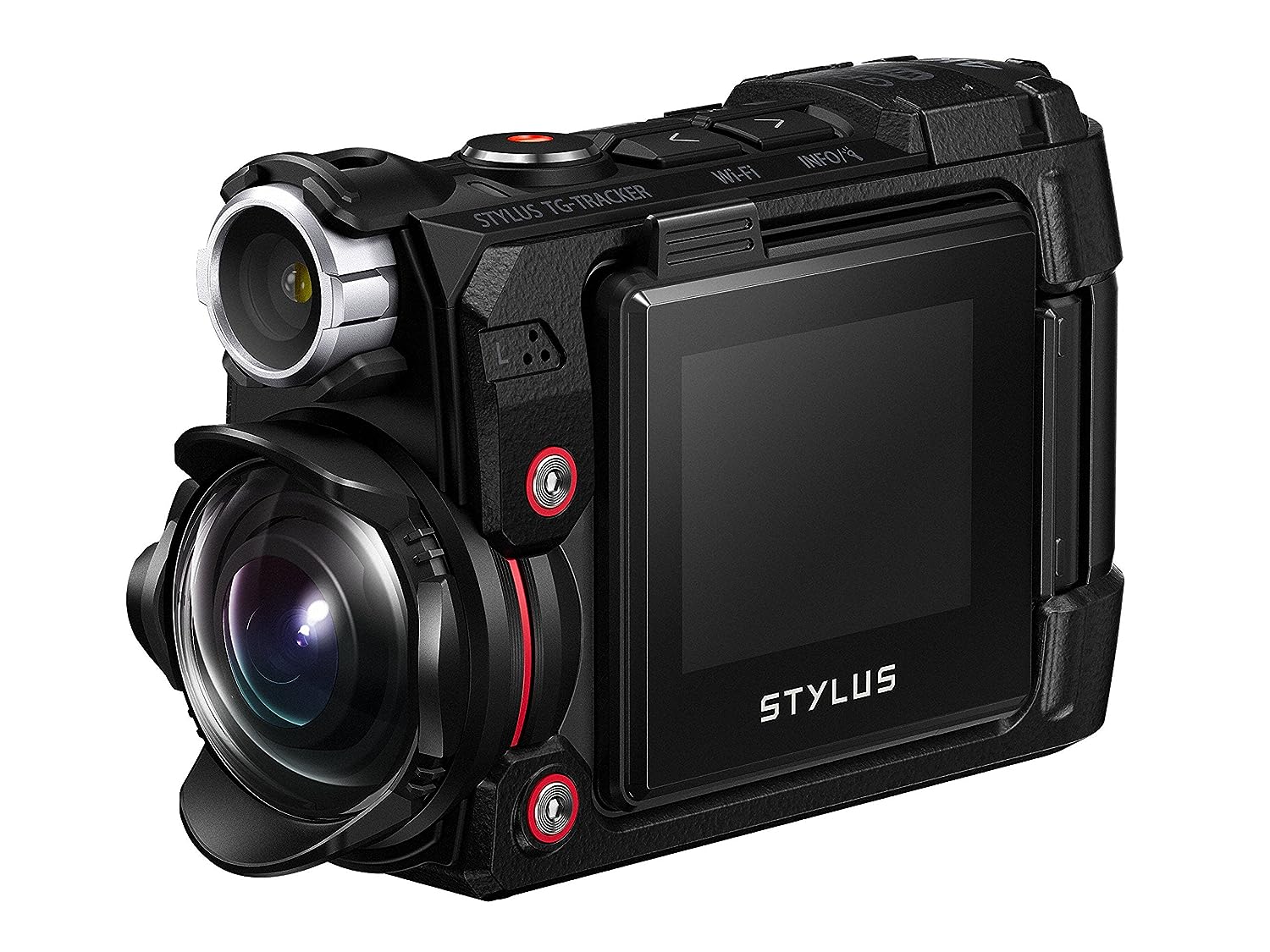 The TG-Tracker’s systems are what are going to appeal to most hunters. Aside from the high-quality camera, it comes equipped with various outdoor-focused sensors such as GPS, eCompass, accelerometer, thermometer, and a barometer. There are few if any other action cameras that come equipped with these features. To have all these sensors on one device will lessen the load on hunting trips or outdoor excursions in general.

If you’re trying to be efficient with your energy and the terrain you travel, the TG-Tracker has a log feature that will record your movement and even data on your environment for your future study.

If there was a camera built exclusively for living in the outdoors, the TG-Tracker would be it. It’s not cheap, but it isn’t terribly expensive either. Its versatility in terms of available features will appeal to hunters and outdoorsman alike. The TG-Tracker compares not too unfavorably with the GoPro HERO5 in terms of overall capability. Both cameras are built for the outdoors but the TG-Tracker can probably handle a little more punishment.

Regardless of comparison, anyone who purchases the TG-Tracker with the intent to capture nature in its prime is going to be satisfied.