Compact and digital cameras are usually confused with each other but they are in fact the same thing. Generally, a compact/digital camera is a small device you can hold with five fingers and are great for taking snapshots of the surrounding environment. This inevitably means that they don’t put out mind-blowing quality, but if you take the time to factor in light and conditions, you can still get great photos.

Best of all, they are far cheaper than DSLRs, SLRs, and Mirrorless cameras.

What is a Point and Shoot Camera?

Digital cameras have a lot of names. Almost any camera that isn’t your old film camera can be classified as a “digital” camera. This means that it stores the photos digitally and uses interchangeable lenses.

Compact cameras are simply the same size or slightly bigger than the one in the photo below. Compact, digital, and point and shoot cameras can all be referred to as the same thing. The shooting process is generally very simple and does not require much preparation.

Here we will explore the best digital/compact/point and shoot cameras by the maker. Besides the prominent brands like Canon, Nikon, and Sony, there are a couple lesser known makers that make popular and cheap cameras. 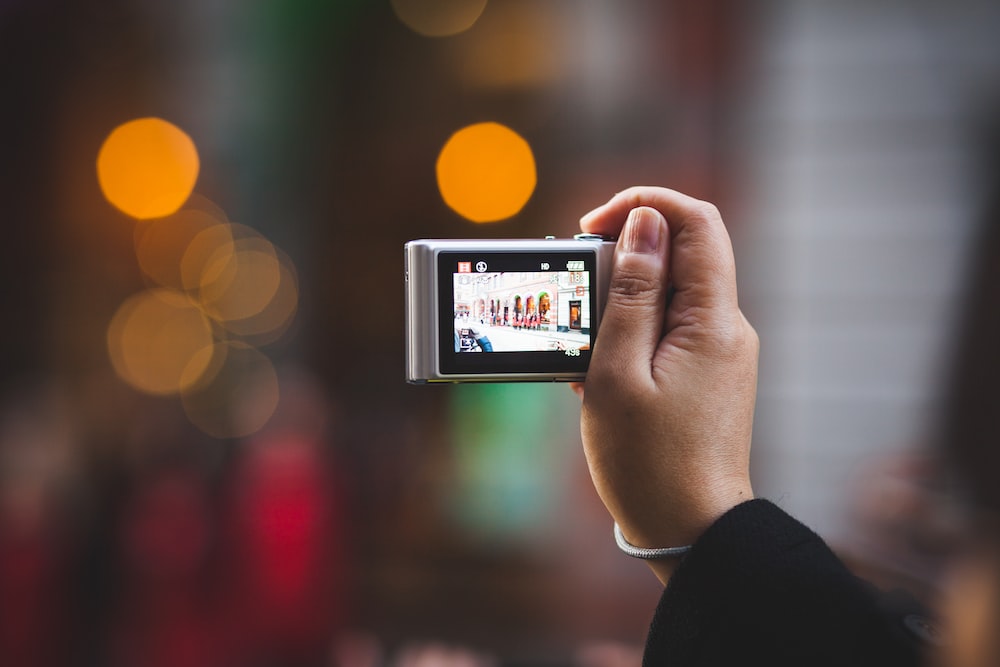 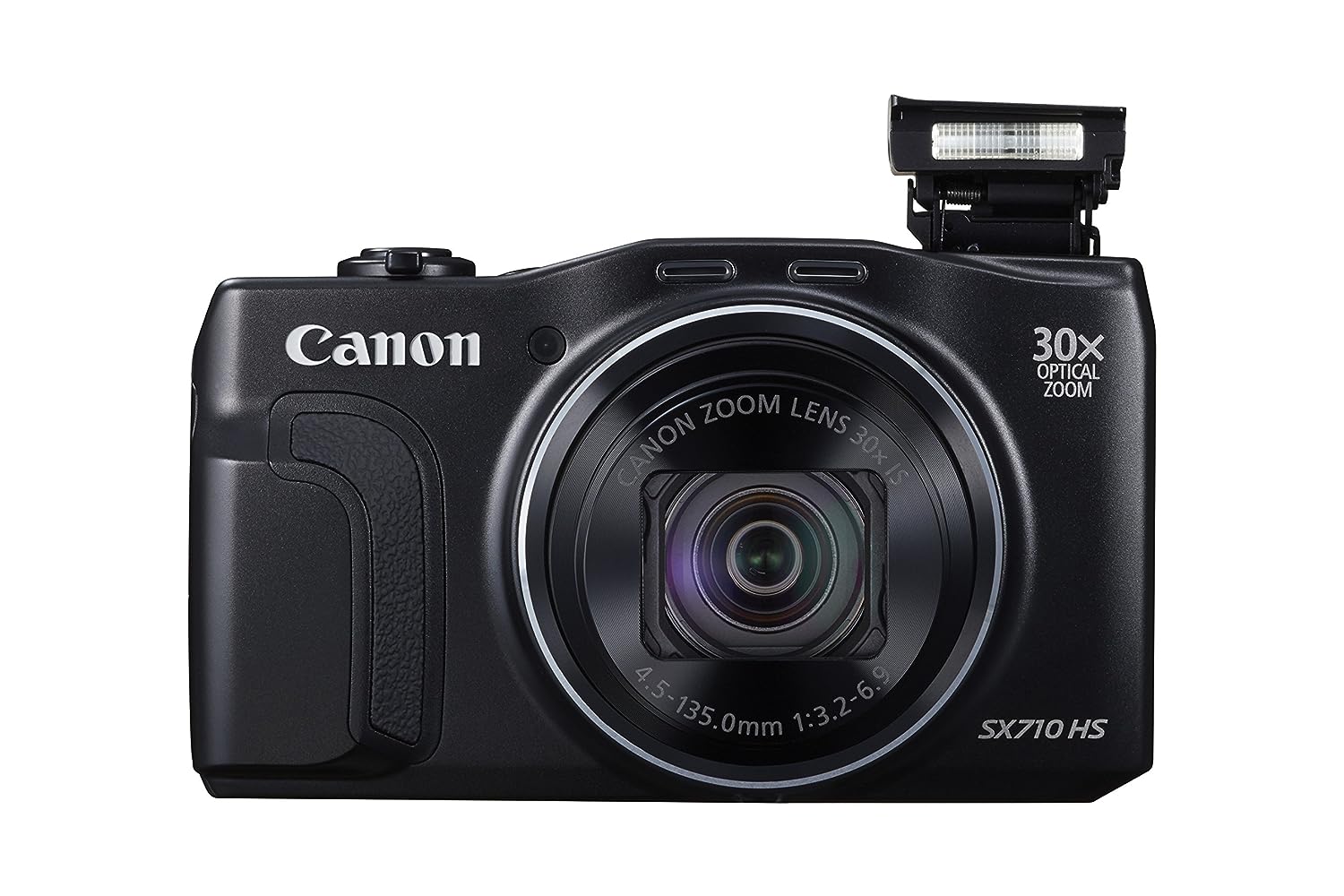 When comparing compact cameras and higher quality devices, it can be easy to discount these smaller cameras. However, cameras like the PowerShot series, specifically the SX710, hold their own in terms of image quality (which is what everyone is concerned about). Its 1080/60p photo and video quality rating isn’t exactly the same as you would find on a DSLR or mirrorless camera, but the best for a camera of this size and price.

One of the notable abilities that the SX710 is its versatility with its movie function. Once you’ve compiled all the footage you need or in the camera’s memory, you can create movies straight from the back screen. Even more, you can turn a bunch of continuous shots into a miniature stop-motion film. It’s hard to think that these features on a camera may have seen ludicrous only a couple of years ago, but here they are on a compact camera. 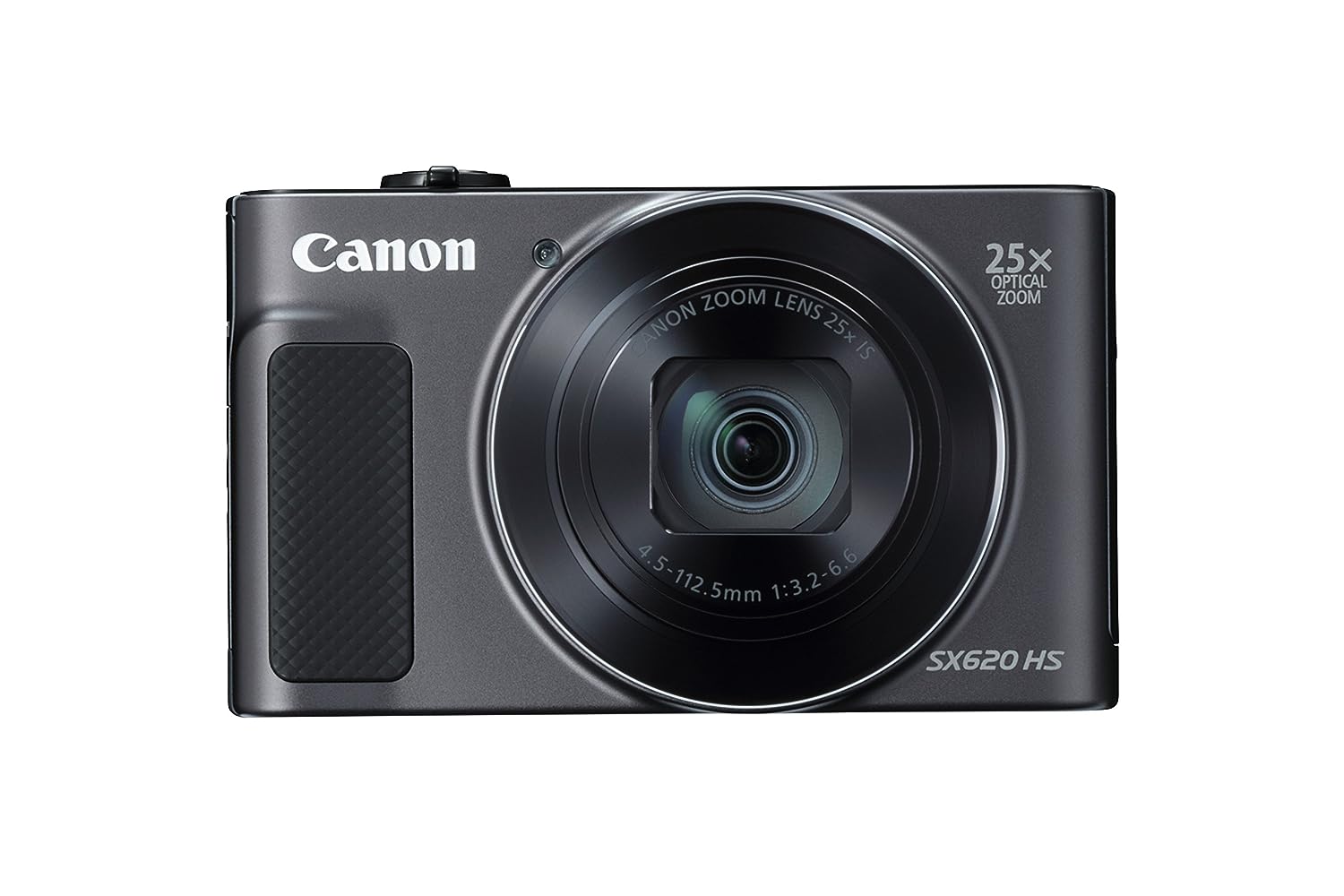 The SX620 is a smaller cousin to the SX710 and fits the profile of an ordinary compact, digital camera. However, its specs will prove naysayers otherwise. Don’t discount a compact camera’s capabilities just because its small.

The SX620 keeps its specs pretty simple and stabilizes each shot no matter your shooting method. Like the SX710, you have the ability to play around with movie making and creating smaller movies from image stills. 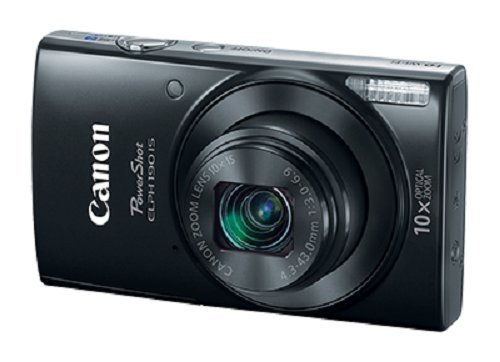 The ELPH 180 is one of Canon’s smallest and least powerful cameras, but is pretty affordable regardless. It’s the quintessential compact camera that you can pretty much fit in your pocket and produce whenever you need a snapshot. Maximum quality is only 720p, so you’ll have better luck with pictures if you’re up close.

Try out the different camera modes like fisheye, toy camera, and monochrome. One of the neat little things about these compact cameras is that they trade high-quality specs for diversity in shooting methods and outcomes. See what crazy images you can create with the ELPH 180! 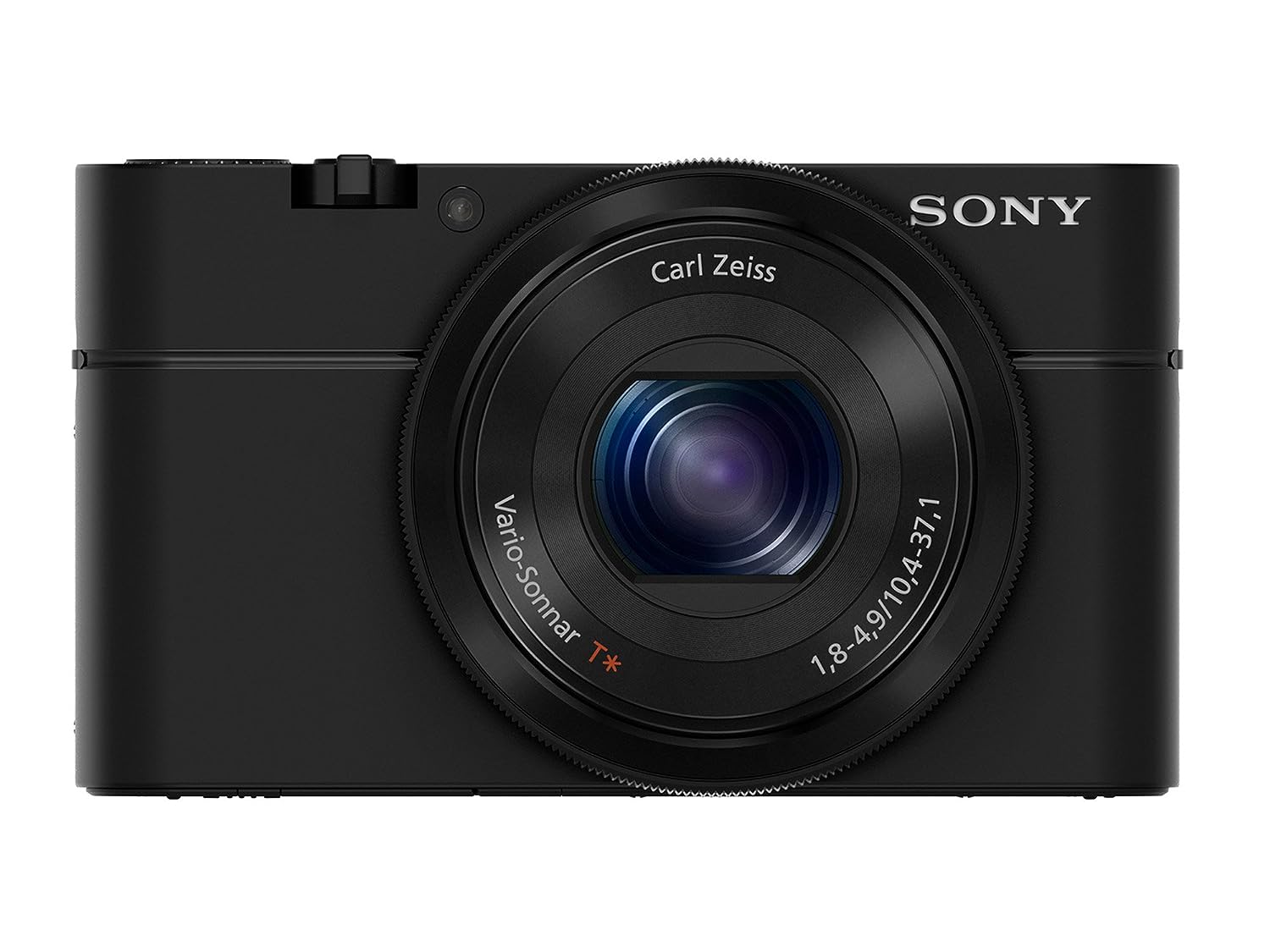 The DSC-RX100 is Sony’s do-it-all camera with impressive image quality, a couple of different shooting methods, and creative controls to help you line up the perfect shot before you take it.

The zoom on this camera is noticeably weak, so image quality lessens the more distance you put on it. This makes it the ideal short-range compact camera that you can tie to your wrist. It also has a considerable amount of smaller features that can amplify your experience or save your settings for certain situations. 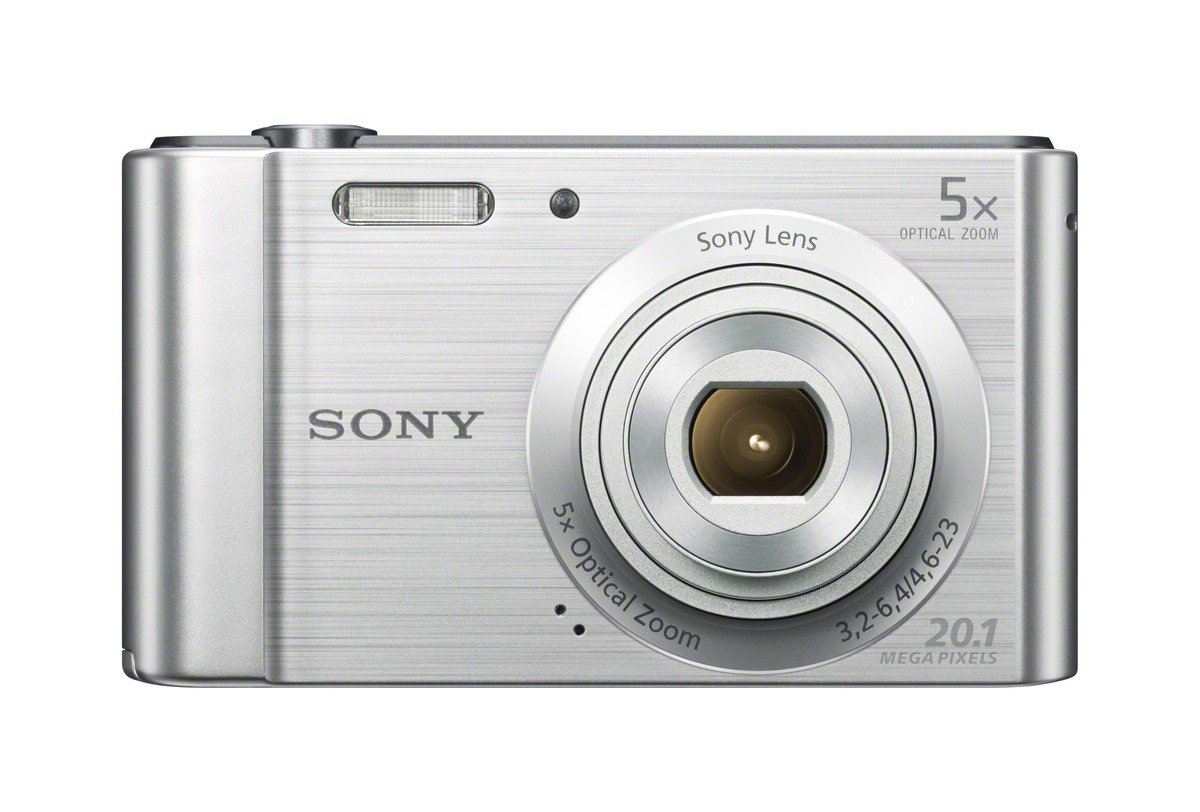 The W800 is Sony’s simplest handheld camera. At just below $100, it’s probably one of the best snapshot cameras you can pick up. With care and precision, this camera can last you a long time. Its specs aren’t high-quality, but they’re perfect for the person or family who’s looking to capture moments as they happen. 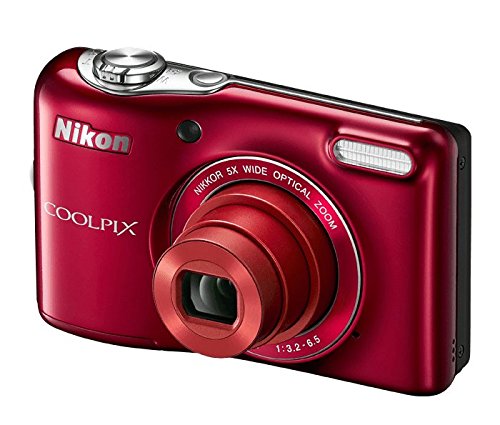 The Coolpix L32 is for Nikon what the W800 is to Canon. A simple handheld camera with a low price tag that’s the ideal beginner’s camera. Despite its average power and specs, it has a couple of features to diversify the shooting experience. You can then do some minor editing work straight from the back screen using the custom buttons. 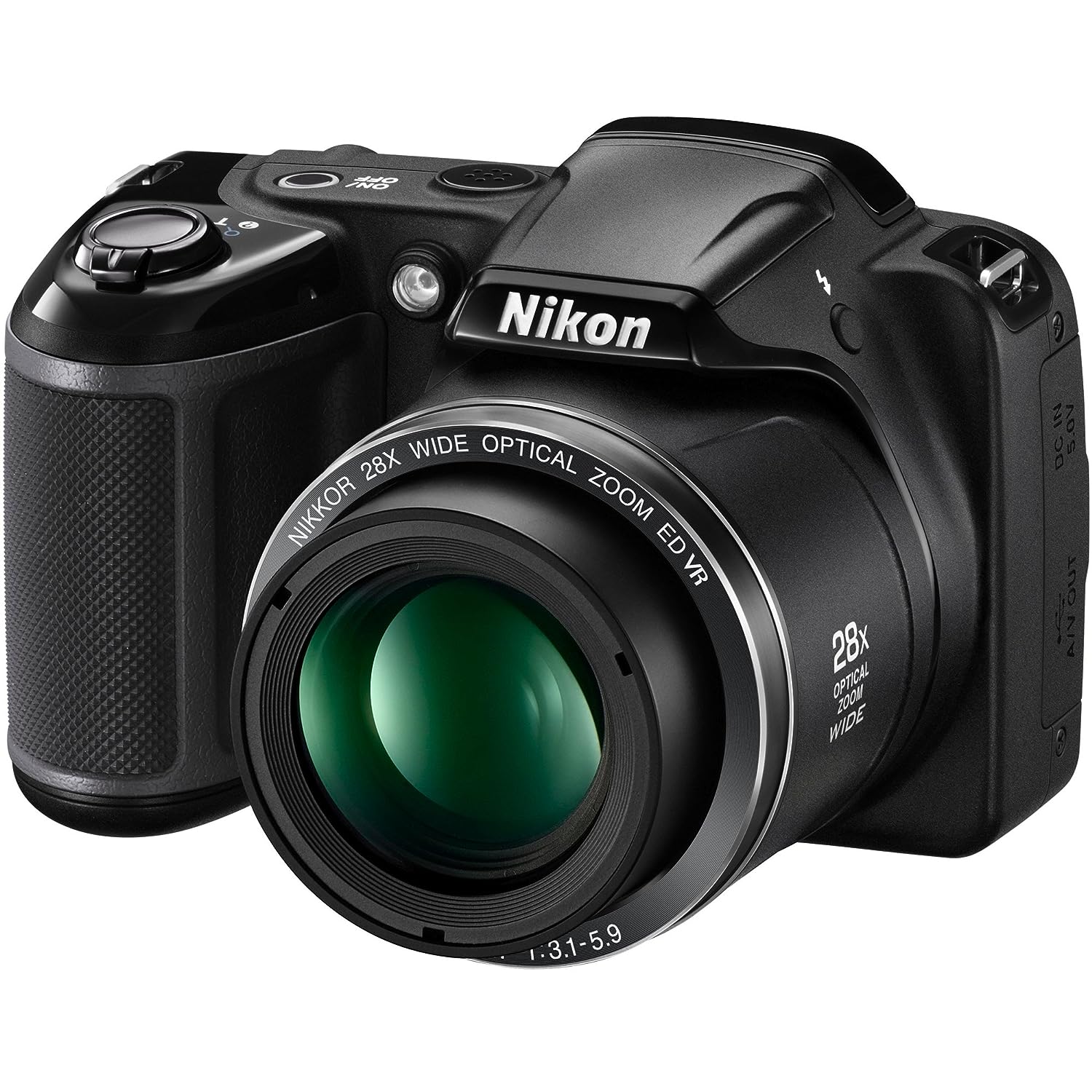 The L340 is a slightly bigger digital camera that retains more of a Nikon DSLR look. It boasts more powerful resolution and zoom but its video quality remains the same. It adds an LCD viewfinder for those who prefer the classical way of looking through cameras. It’s almost twice as expensive as the L32 adds a couple of smaller perks to justify the price increase. If you want to get better image quality but don’t want to settle for the lowest setting, the L340 is the right device. 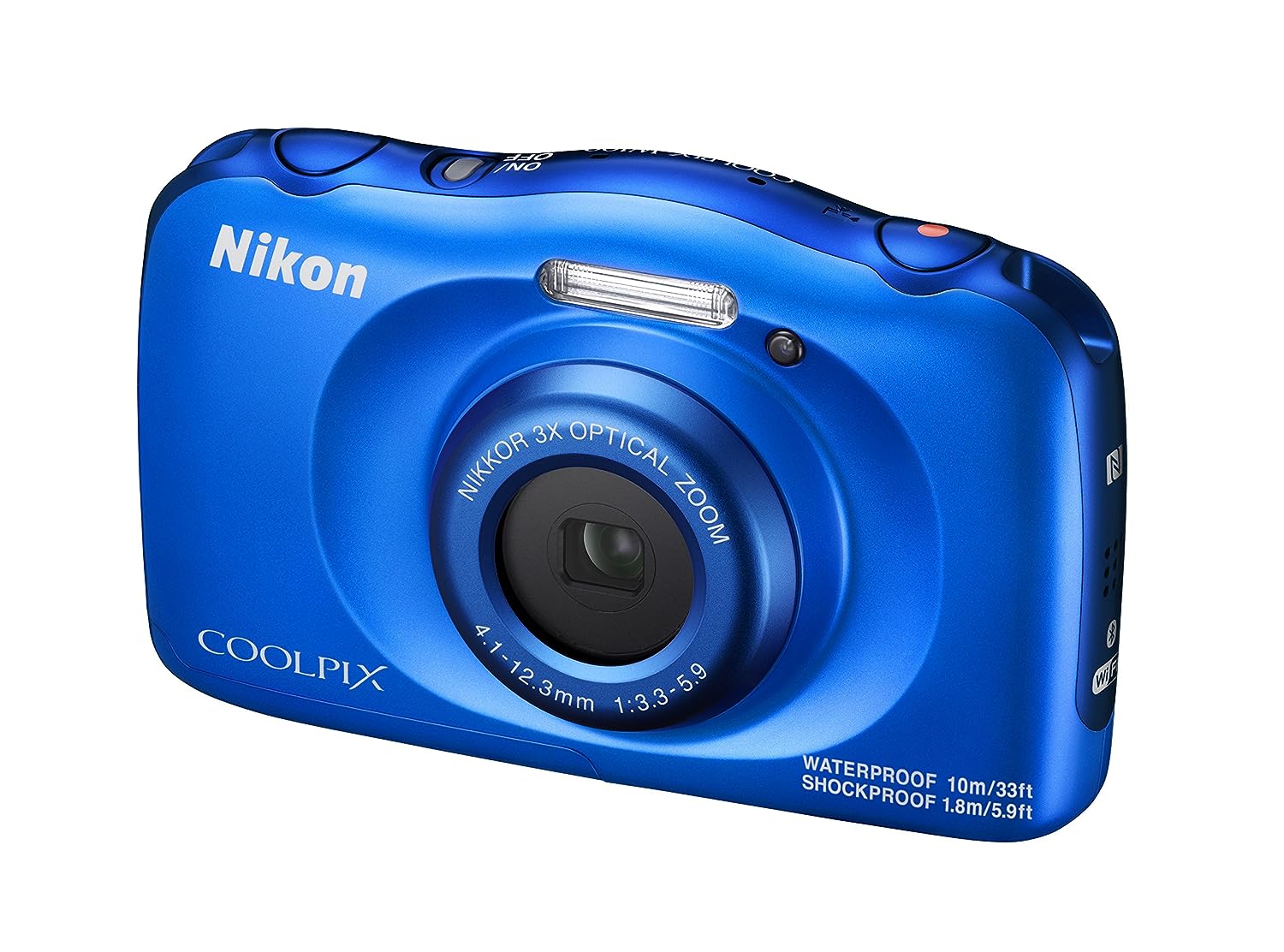 If there was a tank for cameras, the W100 would be it. This thing is waterproof up to 33 ft, shockproof from a 5.9 ft drop, and freezeproof down to 14 degrees Fahrenheit. It may not boast specs but you can sure take this camera where no one would are to take an expensive mirrorless or DSLR camera. You can connect to Nikon’s own SnapBridge app to instantly share photos and access a number of other capabilities. 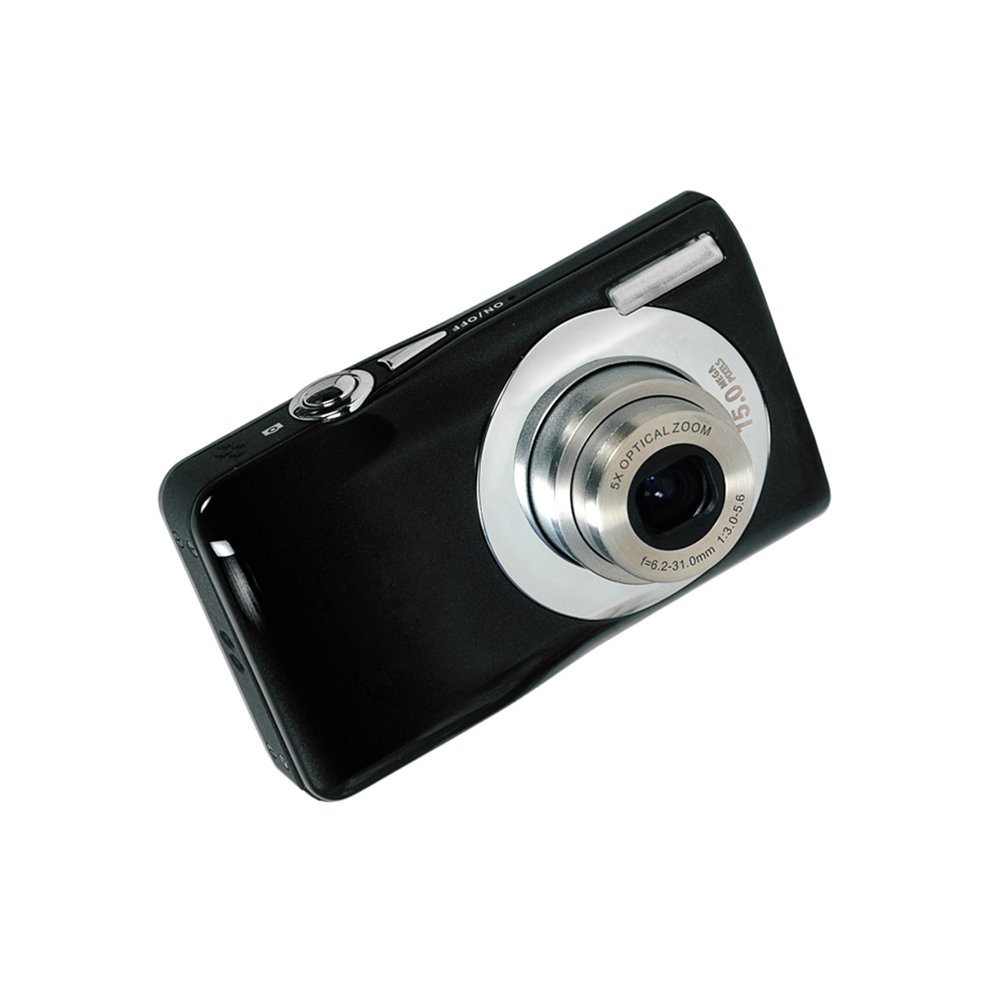 The Kingear V100 is as simple as digital cameras get. It doesn’t carry much internal space at initial purchase, but you do have the option of getting a 32GB external memory card, which will drastically increase the number of photos you can take. Spec wise, it’s a pretty standard digital camera and for the price it’s well worth it.

Despite not boasting the greatest specs in the world, it’s still a versatile camera. It has a sensor to detect a person’s face through anti-shake technology and has a continuous shot function. 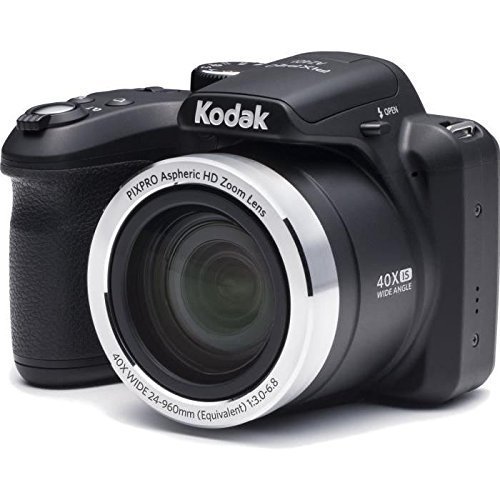 The Kodak AZ401BK is a lot like the Nikon L340 in terms of size and shape. However, it is one of the more powerful digital cameras on our list and the most diverse in terms of capability.

The 40x zoom is one of the most intensive zooms on our list. The primary lens extends far out of the initial ring so you can get a good look at far away objects without having to resort to DSLRs or mirrorless cameras. With its wide lens, it can also take a 180-degree panorama photo and keep itself steady through its onboard stabilization software. 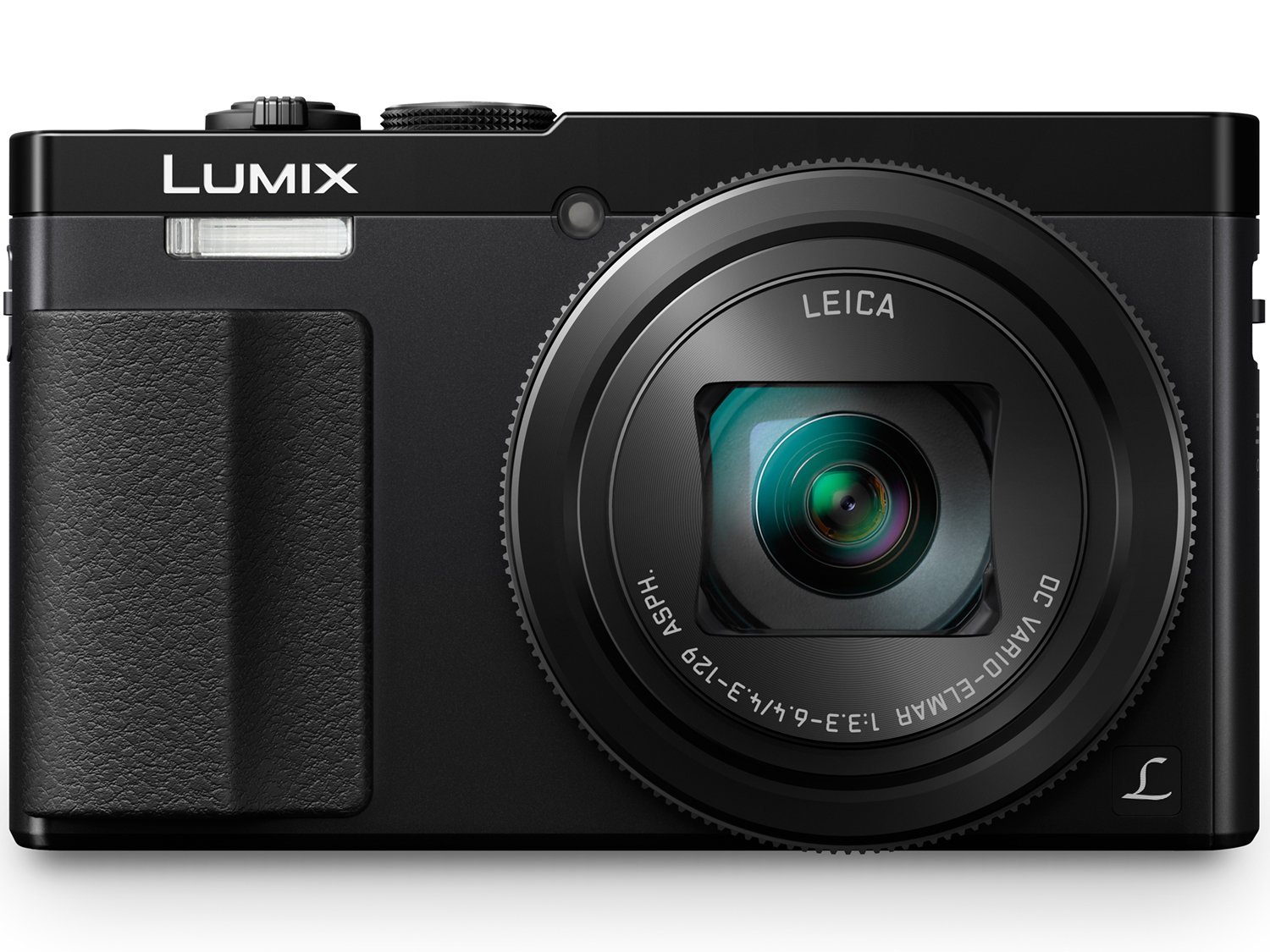 The Lumix ZS50 appears as sort of a crossroads between larger cameras like the AZ401BK and smaller, more rectangular digital cameras. It has a viewfinder which discounts glare from the sun and gives the user a better view of what he or she will be shooting. It also has powerful 30x zoom, far beyond the range of most standard compact cameras.

It can be easy to dismiss the ZS50 as just another standard compact camera but proves its worth through its features. It has several programs with which to highlight certain details in the environment and capture the perfect picture. It won’t reach the quality of DSLRs and mirrorless cameras, but for the price its a step in that direction. If you want to diversify your shooting experience with compact cameras, the ZS50 is the device for that job.

Should You Buy A Point and Shoot Camera?

Compact cameras used to be in everybody’s hands before the prices of more advanced cameras began to drop. Then again, you probably won’t find a DSLR, SLR, or Mirrorless camera in the home of someone who doesn’t take pictures that often. Those types of cameras are sought after either by professional photographers, hobbyists, or routine travelers.

A compact camera will be the ideal portable device that one or more members of your family or group can have. Since they’re pretty cheap, they’re easily replaceable if lost or damaged. Still, you should probably keep them out of harm’s way.

Taking snapshots is what digital/compact cameras do best-clean and clear images that may not have the best quality but sure capture the moments when you need to.

When Should You Use Point and Shoot Cameras?

Image quality seems like the only thing the photography world can talk about nowadays. Keep in mind, there is nothing inherently wrong with point and shoot cameras. They’re small, easily portable, and still come with features beyond just pressing a button to take a photo.

Even as more advanced cameras dominate the markets, point and shoot cameras remain the preferred camera to capture intimate moments as they occur. It can take precious time to properly set up a DSLR or mirrorless camera to the settings that you want.

This isn’t to say that you can’t interchange all these cameras for each other’s jobs, but at a certain point you wouldn’t be lugging an expensive camera around on an extended trip and a professional photographer wouldn’t use a compact camera at a wedding. Sometimes its a matter of convenience and other times its a matter of what is going to produce the best work.

Sometimes simply pointing and shooting isn’t the best way to make use of a compact camera. For the compact cameras that don’t have viewfinders, it’s important to play around with the flash and light altering abilities of these smaller cameras.

What they lack in image quality they make up for in variation-able to make black and white photos or highlight certain details about the environment. Despite their size, some of them boast impressive FPS speeds for their “burst mode” features.

In order to get the best photos with these cameras, make sure you’re in a spot where the glare of the sun isn’t in the way. Just like with any camera, the basic principles of photography apply. However, with compact cameras, you’ll have a little bit more leeway in terms of lining up your shots.

You don’t need to take more than a couple minutes to take a good shot because chances are its going to come out clean and presentable regardless.