The Sony RX0 is the company’s premier action camera. In the action camera market, we’re used to seeing GoPro at the top of the list and then the 3rd party action cameras at a fraction of the price. While the RX0 is even more expensive than the HERO6, it does come with a couple key differences that will make it worth your while. 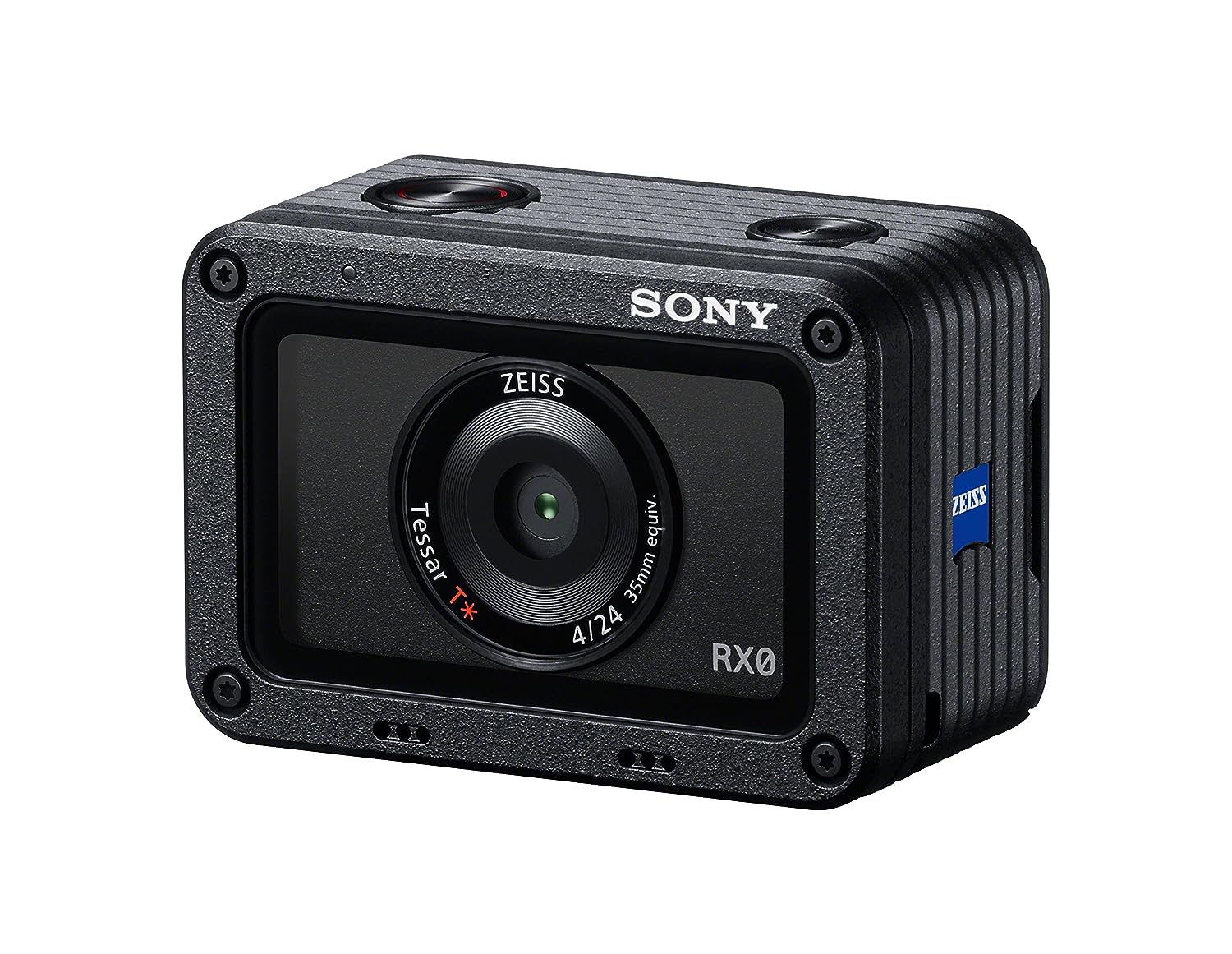 The RX0 is a unique in its design. The lens is in the middle of the camera instead of the top right or left of the body. It’s backscreen is smaller and has a couple of buttons to help you navigate the menu and image/video once its processed.

With its protective case enclosing it, the RX0 is basically a tank–shockproof and waterproof up to 33ft below the waterline.

If you happen to have more than one RX0, you can actually control all of them via the smartphone app. This feature is useful if you’re looking to capture different angles of a scene, environment, or object all at once. You can’t get this feature with any other action camera in the industry.

The RX0 has a slow motion feature with a rating of maximum rating of 960/1000fps. You might find action cameras with continuous shooting features, but the RX0 sports this new, slower feature that

The RX0 stacks up favorably with the top of the line GoPro HERO6 Black. However, perhaps its greatest drawback is that the RX0 does not shoot in 4k quality, only in 1080. The RX0 does not have as wide of a lens as the HERO6, meaning there’s less material in a given shot. For up close and personal shooting, the HERO6 would be the preferred camera.

The HERO6 Black has moderately good image stabilization but compared to the RX0, it’s far better. When placed side by side and traversing uneven terrain, you’ll be able to see just how rickety the RX0’s images are.

The back screen is also very small, almost half that of the HERO6. It does help that there are buttons to help one navigate. The battery pack does take up a large space where the rest of the back screen would go, so there is sort of an explanation for its size.

The RX0 is technically not classified as an action camera, just a compact camera that’s shock and waterproof. You might be wondering what the RX0 is good for if it can’t really match the HERO6 and retains a pretty hefty price tag.

The RX0 can have its uses in tight spaces where image quality may not be the most needed aspect of shooting. The ability to connect with more than one RX0 is pretty intuitive. We can see this working well for photographers and videographers looking to get a variety of angles on a given shot.