The Sony FDRX3000/W may not look like your average boxy action camera, but it performs almost all the same duties. It takes on the shape of the original camcorder hybrid cameras that were popular and much bigger.

The FDRX3000/W’s size makes it ideal for fitting in tight locations from the underside of skateboards to the tops of helmets. 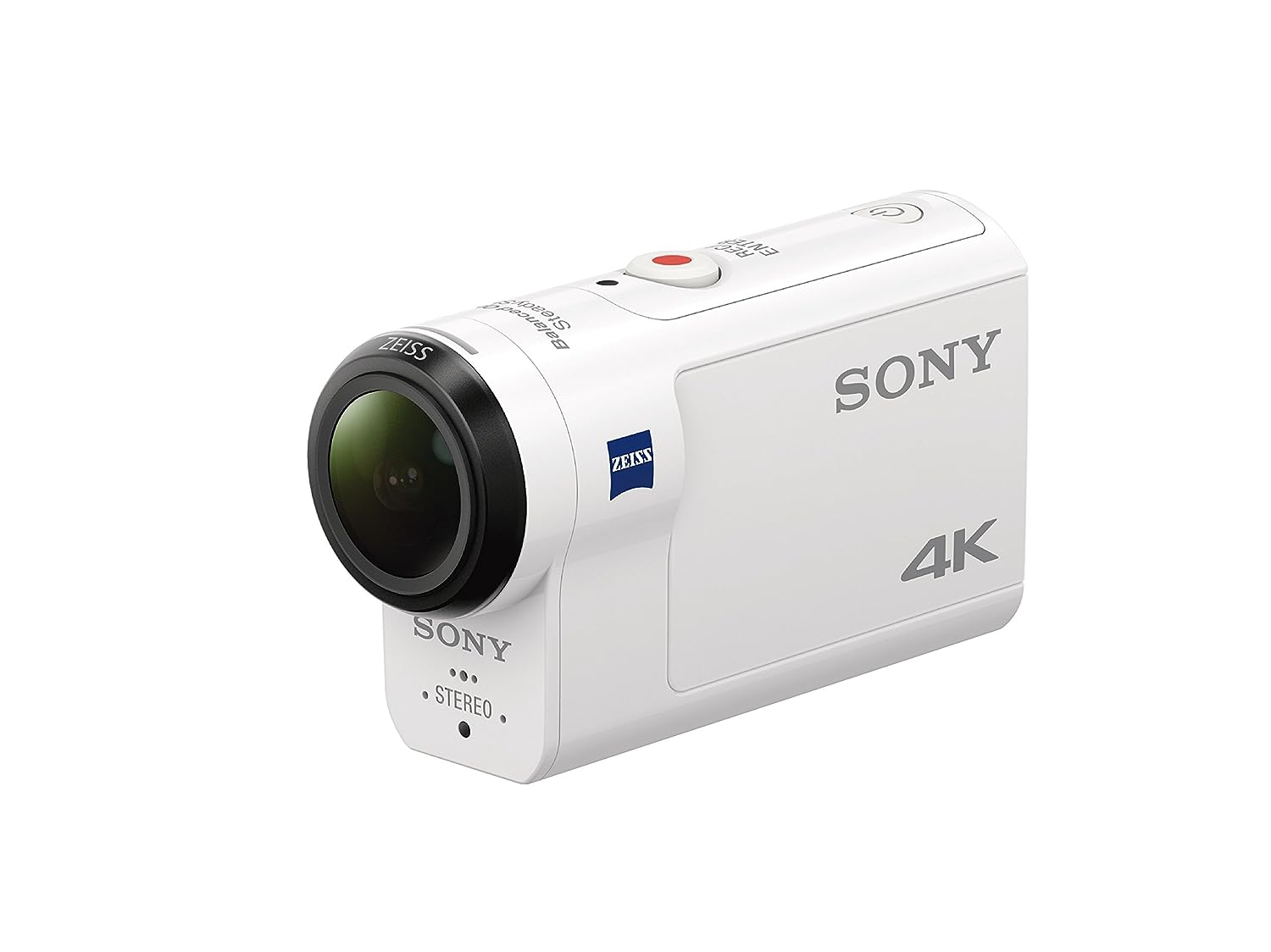 Call it an action camera or a camcorder, but one thing you won’t be able to pass up is its 4k quality capability. This is the highest rating that action cameras can go, and it’s still cheaper overall than the HERO6.

You’ll find that the FDRX3000/W has the same processors (BIONZ X) as higher-end Sony DSLRs and mirrorless cameras. Those cameras also happen to have some of the most advanced photography capabilities in the world, so you can rest assured that Sony takes great care of its photo/videography devices.

Apart from the normal USB ports and WiFi capabilities, the FDRX3000/W also has a mic jack. While FDRX3000/W does have a built-in mic with a wind noise reduction aspect, having a mic will definitely help sound quality.

With 4k quality and a handful of useful features, the FDRX3000/W compares favorably with other premier action cameras like the GoPro HERO6. Its construction means you may not be able to place it in the same way you do a GoPro other flat facing action camera, but it shouldn’t be too difficult to get the hang of.

When it is encased in its protective housing, the FDRX3000/W is waterproof rated to nearly 200ft below the waterline, which basically trumps every other action camera on the market, even GoPro. Most action cameras can only go up to 30 or 40 feet below water.

Its a wonder the Sony FDRX3000/W isn’t more widely talked about when we discuss action cameras. Its likely that its look initially puts people off, and they mistake it for a larger handheld camera that’s not exactly compact. While the FDRX3000/W is a bit bigger than you’re average box-like action camera, it checks off many of the same boxes that standard action cameras do in terms of image quality, variation, and usability.

We like the FDRX3000/W because there aren’t any glaring drawbacks, even if it looks different. Image quality and a couple of different shooting capabilities make it stand out when compared to other cameras.