The HS160 Shadow is one of Holy Stone’s newest drones, released in August of 2017. It’s a part of a new series of drones in the overall industry that are compact and foldable. They are even small enough to fit in your back pocket if you’re looking to take it with you somewhere. 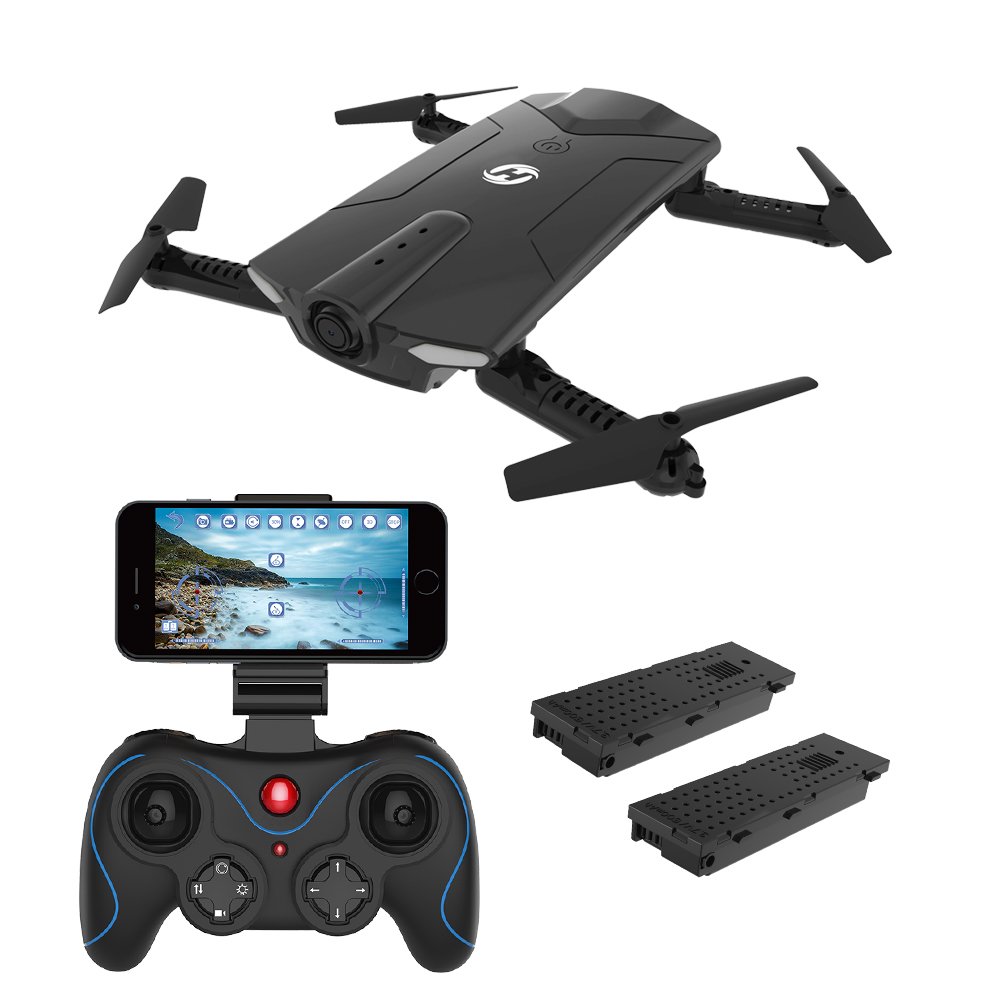 To give you an idea of its size, it’s about 2-2.5 times the size of an iPhone 8 smartphone. While most drones feature large propellers with air guards, the Shadow’s arms are foldable and could almost pass for a smartphone itself.

The Shadow features a 720p nose-mounted camera. It’s not the best quality in the world but you’ll be able to see clearly, especially when you use a VR headset to fly it. The drone only has a flight time of around 7-9 minutes, so you should have a plan of what you’re going to do with it before it takes off.

A nose-mounted camera is not too much different than one mounted on the underside of the drone. On the plus side, if your drone doesn’t have landing gear, the camera won’t be the first thing that impacts the ground should it crash belly first.

Controlling the drone and operating the camera are going to be a little tricky to master. You should make sure the drone is safe for you and those around you should be your first priority, especially when using the VR goggles.

For its price and size, the Shadow really surprises us with a number of intricate and smart features. For nighttime flying, the drone also has four onboard LED lights to help you see in the dark.

The Shadow is comparable to the DJI Spark and Parrot Bebop 2, drones of similar design and capability. These two drones are small and also feature nose-mounted cameras (with much higher quality). The biggest difference is price and number of smart features. The Shadow is far cheaper while the Spark and Bebop 2 have more abilities and longer battery life.

The Shadow is a perfect introduction to the Spark and Bebop 2 if these two drones seem intimidating at first.

The Shadow is a pretty futuristic looking drone that’s sure to appeal to the style junkies. Its controller offers beginners a better experience for their first drone. All the smart features are in one place instead of opposite sides of the controller.

For a drone of this size and camera quality, it’s well priced at just under a hundred dollars. Its flight time is a little lacking between 7-9 minutes, but that’s why it comes with an extra battery and they both recharge in around an hour.