The Yuneec Typhoon is a unique drone and clearly separates the hobbyists from the professionals on our list of the best drones (click here for the guide). As a hexacopter, it has two more propellers than your standard DJI or Mavic drone. You may be asking why it has a need for two more propellers. Apart from gaining additional lift (and looking cool), it sports a new improved camera operating system. This system is only one of many intricate features you’ll find on the Typhoon.

The Typhoon really is a marvel of drone engineering. In addition to having six propellers, its camera and mounting system are also pretty neat. The camera is 4k UHD, which is kind of an industry standard for hobbyist and professional drones. It’s mounted under the belly of the drone. The mount allows the camera to twist a full 360 degrees in flight.

In combination with the maneuverability of the drone itself, you can capture just about any sort of shot at any kind of angle.

For a drone of this price, it gets nearly half an hour of flight time and has all the features to let you know that the battery is getting low. In fact, it will land itself if the battery runs too low to sustain its flight.

Basically, the drone employs just about every strategy to either keep it aloft or keep it from crashing. 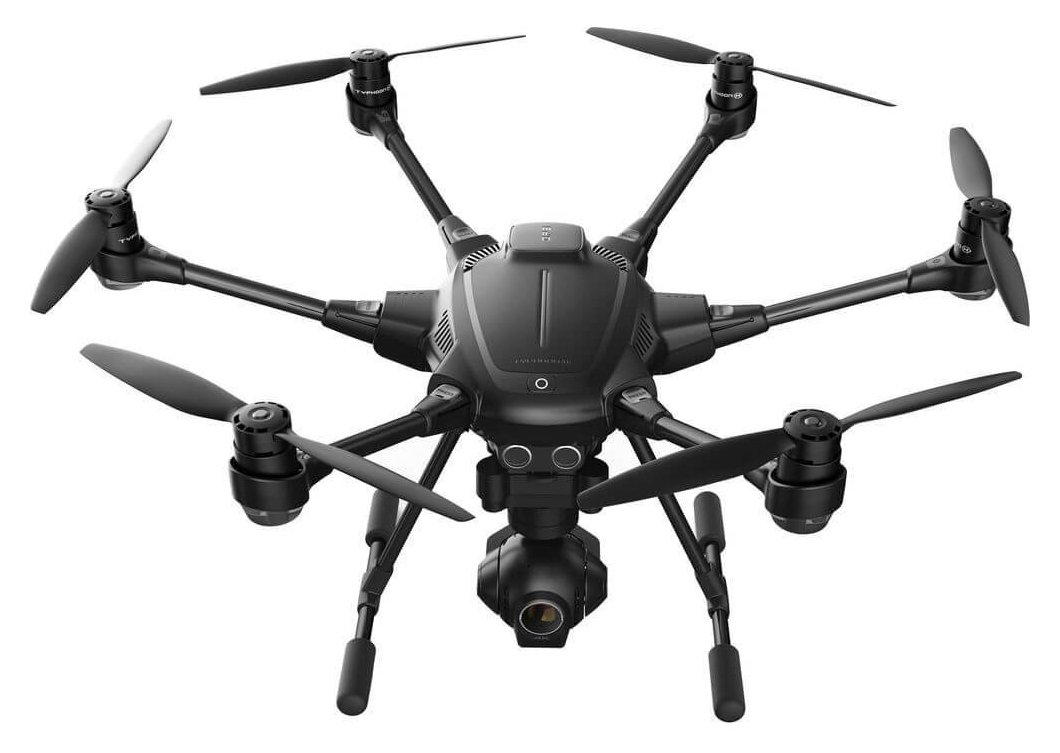 The Typhoon generates more lift than with its two extra propellers. In the case that one or more of these propellers fails in-flight, the Typhoon is equipped with state of art fail safe system that will keep the drone aloft until you can recover it or fly it back to you. It’s advisable that you recover the Typhoon as quickly as possible should this happen rather than keep it flying. If you need to recover it right away, one of the switches on the Typhoon’s controller will return it to you.

In order to capture a variety shots, you’re going to want different angles. Everything about the Typhoon is designed to be efficient in your photography or videography. The Typhoon has four primary modes that give you a wide range of options of which to film or shoot.

As you can see, the Typhoon’s hefty price tag is due in large part to what the drone is capable of.

To sum up, the Typhoon is a marvel in drone technology. No wonder it was named one of the best pieces of technology at CES (Consumer Electronic Show) 2016. While it may just about every fail-safe in the book, its still a hexacopter, different than the quadcopters you’re probably used to seeing. Thus it will require some experience with other drones and some practice before you take it out into the wilderness.

A Guide to the Best DSLR Camera Accessories of 2019

Every Digital SLR camera owner knows that there is more