Drone pilots come in all shapes, sizes, and experiences levels (emphasis on the latter). You can have a lot of fun with your new, semi-autonomous aircraft, but one thing to remember is that flying any aircraft comes at a risk.

Click here to see the best camera drones. Included at the bottom of this article is information on expectations from the FAA. 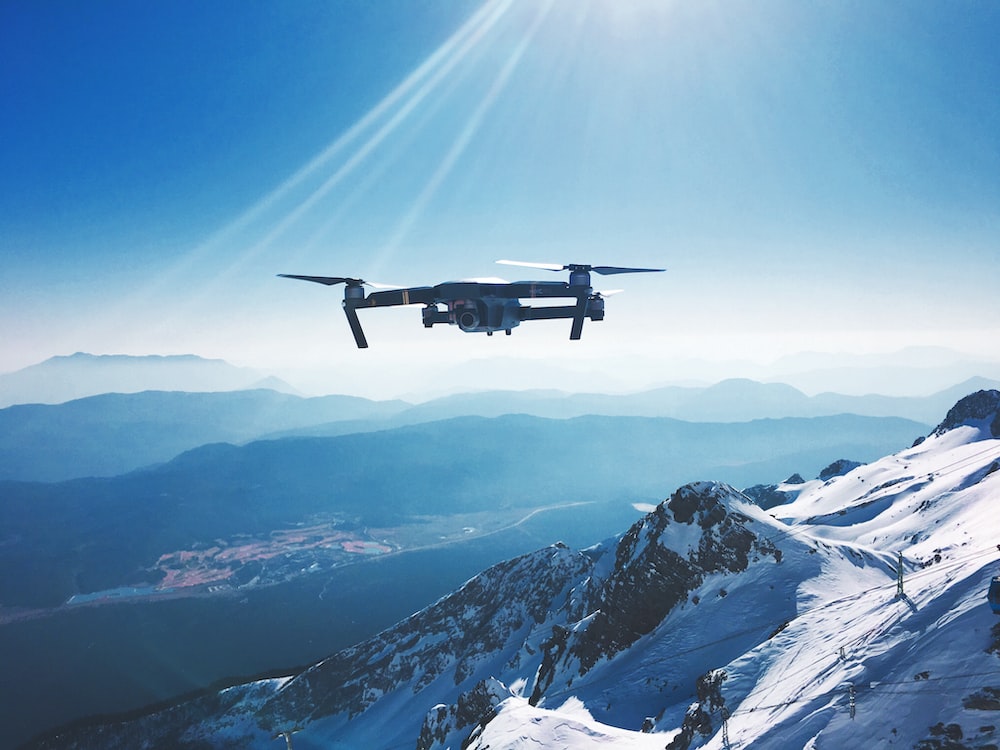 There are a couple of ways people fly drones. Drone technology has advanced at a starting rate and with it, the ways to control them. The three following are the most popular methods to control drones: FPV, Controller, and Follow Me.

FPV (First Person Viewing) is probably the most breathtaking and intuitive way to fly a drone. In a way, you “become” the drone as your FPV goggles allow you to see throug

h the drone’s eye. This will usually involve downloading an app of some sort onto your smartphone. Your smartphone then slides into the goggles and there you have it! You’re in the cockpit as the drone takes to the skies. FPV can definitely help you see your photos and videos as they are.

FPV can be a little tricky, especially when you can’t exactly see who or what is next to you unless the drone is pointed back at you. For us, this can be a little nerve wracking. If you decide to go with FPV, make sure you’re in a safe area away from cliffs and edges.

On a side note—you’ll be using a controller in conjunction with the goggles, but you’ll still be able to see things in a different perspective.

If the FPV goggles aren’t your thing, simple line of sight flying using the controller will do the trick. Most cameras will be large enough to have a dedicated holder for your smartphone. You can still use your drone manufacturer’s app to see where the drone is going but it won’t be as up close and personal as with FPV.

Additionally, having to look up to see where the drone is in the sky and looking down at your smartphone to see what it sees can be a bit tiresome. Nevertheless, many users are comfortable with flying the drone like any other RC aircraft and let the recording do its own work.

Most beginner and mini-drones are too small to have this smart feature. However, most hobbyist and professional drones usually come with a feature that allows them to hover and follow their user. That’s right, no controller or FPV goggles needed because the drone will keep its eye trained on you for as long as you want.

On the downside, this means that you will only be getting shots of you as you move along your journey. You would have to play around with the controller or app in order to move the camera off of you.

How do I get it back in the air?

Drones are very intricate pieces of technology and unless you work for the drone industry or build them yourself, chances are you’re not going to know exactly how to repair them should they get in a serious crash. That being said, if you don’t know what you’re doing, you should consult a professional repairman. This can be expensive, considering that the drone market is still up and coming, but in our opinion, it’s far better than purchasing an entirely new one.

Yuneec and Parrot either sell some of their parts separately or have guides so you can do some simple repairs yourself. Neat! DJI, unfortunately, does not sell nearly as many parts as its two competitors. Furthermore, if your manufacturer offers insurance plans, it might be a good idea to purchase one of these options if you consider yourself the Maverick of drone pilots.

There are three parts of each drone that you should take great care to avoid damage to.

Some drone’s bodies are built to handle a few crash landings here and there. That’s why the hobbyist and professional ones usually have landing struts. Regardless, you should try and avoid high-wind, low-visibility areas so you know where your drone is at all times. If the drone’s body is damaged whereas the internal electronics or drive system is exposed, you shouldn’t launch it again.

iFixit is a resource that we like because it’s written by people who have probably experienced the same problems you have. The following link leads to a site on iFixit where not all but some drones are listed and their respect repair guides.

The unfortunate aspect about most drones as they are not sold separately from the drones themselves. If a crash landing damages the camera beyond use, you’ll have to purchase a new one that is different from the one that came with the drone. Yuneec is one of the few manufacturers that actually sells their cameras separately, which is a huge plus to Typhoon hexacopter pilots.

The consensus on the internet is that GoPro’s work the best as replacements, which might be true. However, at the same time, you’re going to have to take the battery life of the drone and the GoPro into consideration.

Another factor you’ll have to consider is how your replacement camera will mount on the drone (assuming the drone is intact). If you’re unsure, don’t purchase a replacement camera until you’ve consulted the manufacturer or a trusted online community to know that the camera, mount, and drone will all work cohesively.

The propellers are the most important pieces on the drone. They are one of the few parts of the drones that are easily replaceable should they become damaged or malfunction. Drones of all sizes usually come with air guards that protect the propellers from taking the brunt of an impact.

If you can identify that a propeller is broken while the wing itself is intact, simply replace the propeller with one of the ones that should come with your initial purchase of the drone. Most drone purchases give you the option of including accessories with your purchase. It’ll be a little more expensive than just the drone itself, but it’ll be well worth it if the propellers become damaged.

When to send it in to be repaired

We’re glad you asked, because this is a very subjective question. You’ll be able to tell if a wing or propeller is completely broken off or separated from the drone, but other situations are going to be really tricky. Here are some situations where sending the drone in to be repaired is the most logical solution.

In the end, it’s going to be up to you to decide what constitutes as necessary repairs. We recommend establishing a relationship with your drone’s manufacturer either through insurance/warranty plans or constantly checking the manufacturer website for updates on support and tutorials.

Mini and beginner drones are another question. Most of these are going to be less than two-hundred and one-hundred dollars, with the latter going to be more easily replaceable than the former. We don’t recommend laboring too much on repairing these ones if they have suffered major damage.

How do I interact with other pilots?

Having a good community of fellow pilots can definitely aid your skills and may save you a pretty buck or two. Here is a list of the largest and most popular drone communities for you to explore and network with.

These communities are filled with drone pilots of all experience levels and everything ranging from guides on drone repair to information on how to pass the drone pilot certification test.