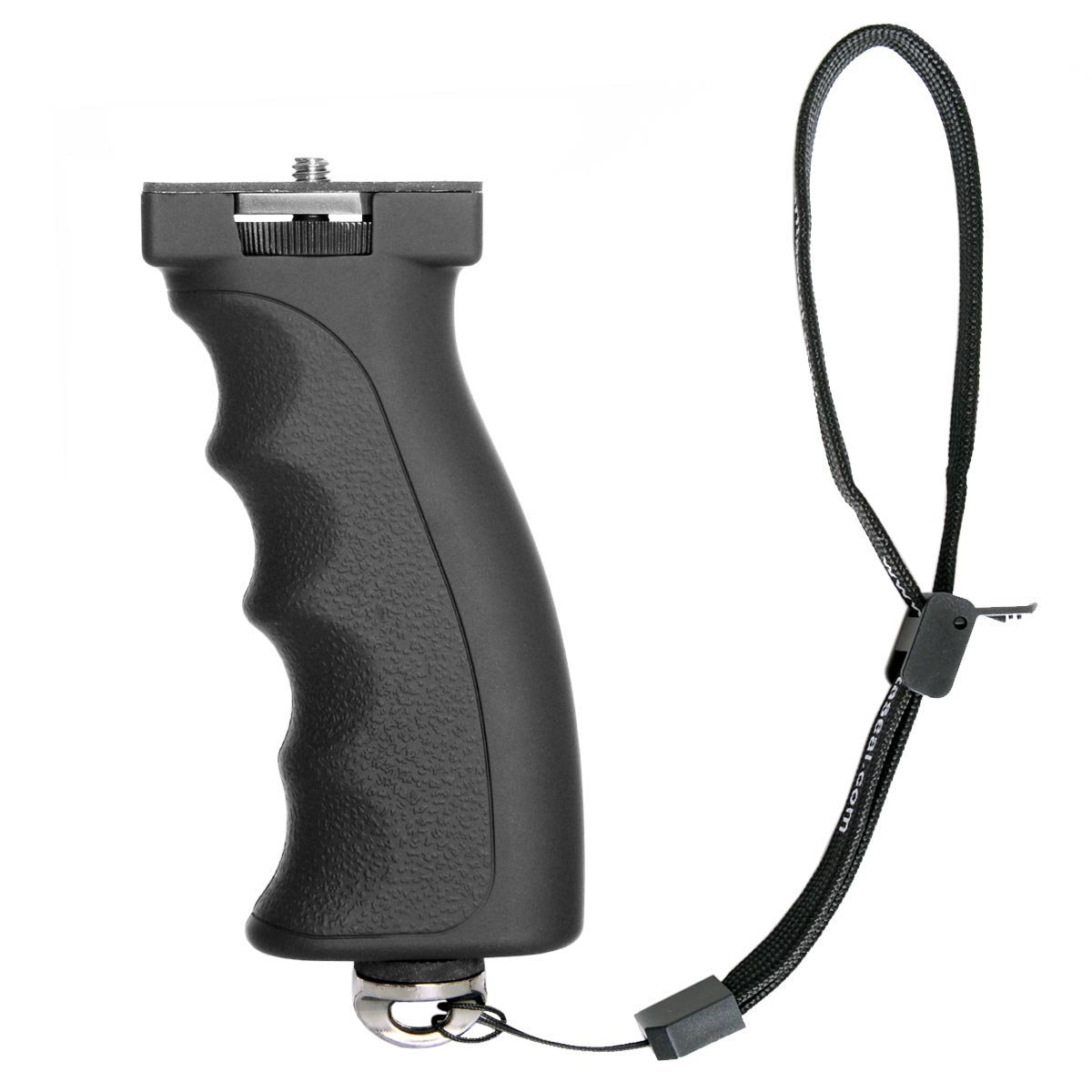 The Fantaseal grip is one of the cheapest items on this list and very simple at that. It looks like the grip of a firearm but has a screw on top to fit into the bottom of a camera. It is also compatible with cameras from Fujifilm on top of the notable brands like Nikon, Canon, and Sony. 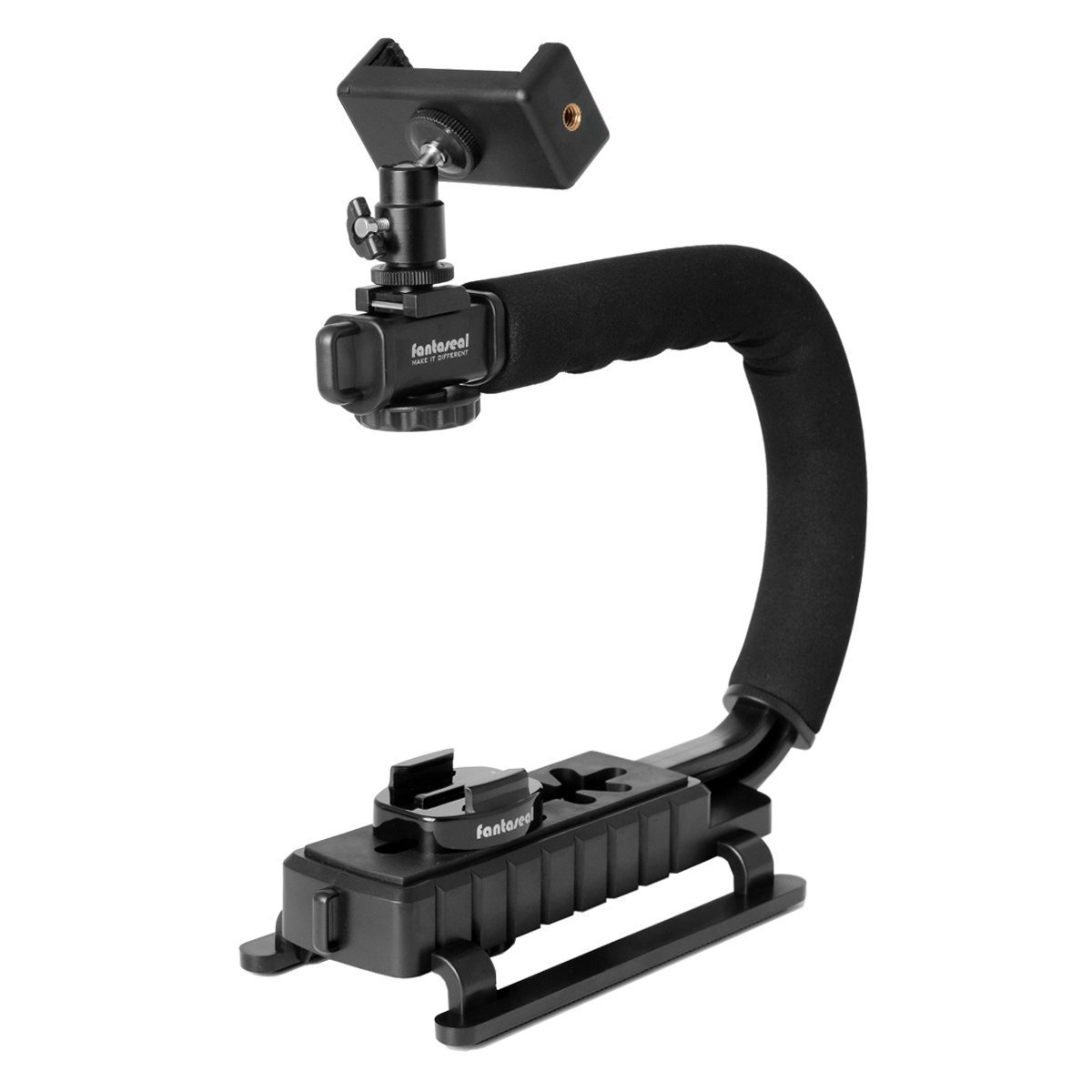 The next stabilizer by Fantaseal is a 4-in-1 mechanism able to hold DSLRs (or MILCs), action cameras, camcorders, smartphones, or even small monitors. You can fit one to two of these devices on top of the stabilizer or in between the bars. Here is a list of adapters on this stabilizer: 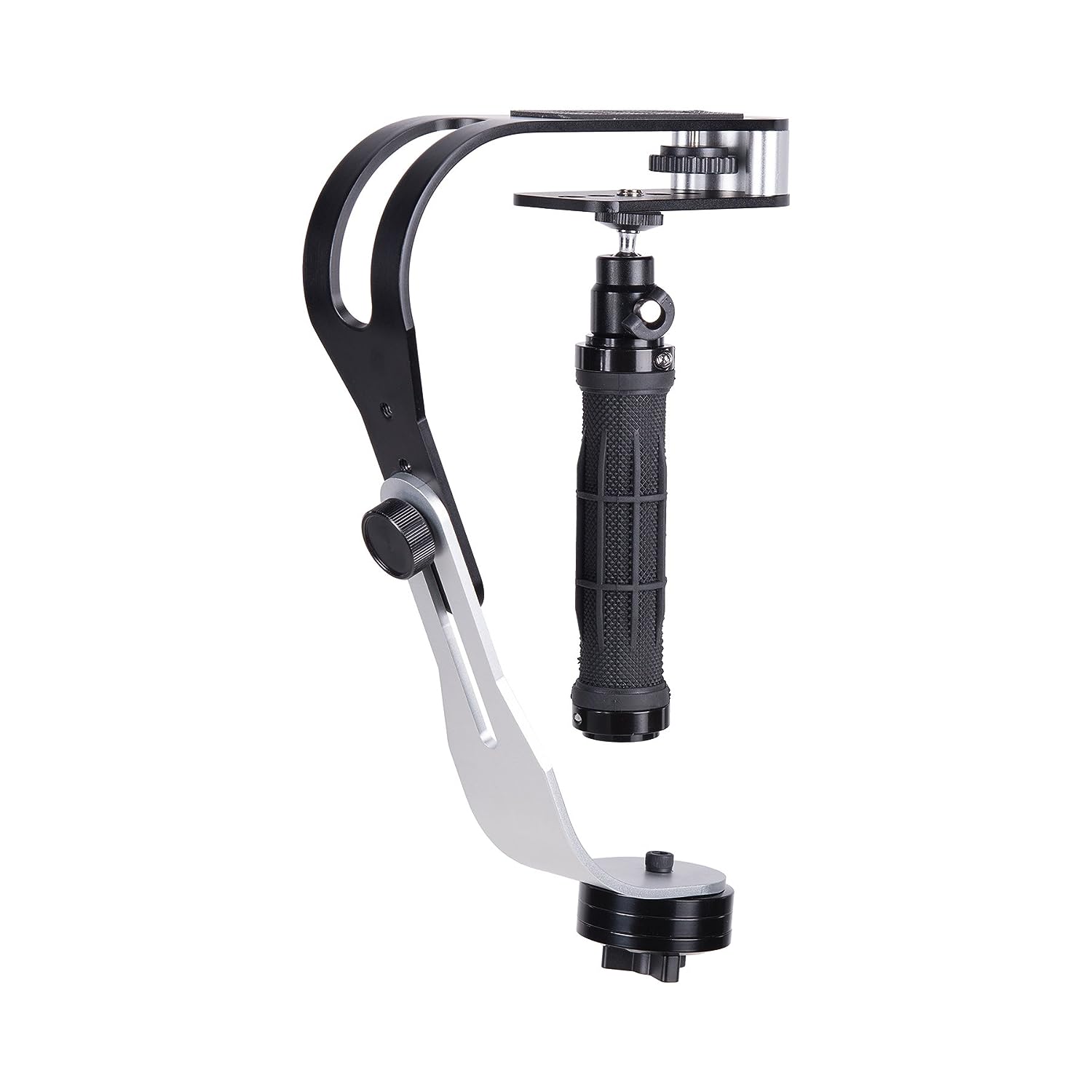 The Pinty stabilizer takes an odd shape compared to the previous two stabilizers. The bar that bends over the front of the handle is to further stabilize whatever device is situated on top. The stabilizer itself can hold any device up to 2.1 lbs.
HDStars Action Handle Grip 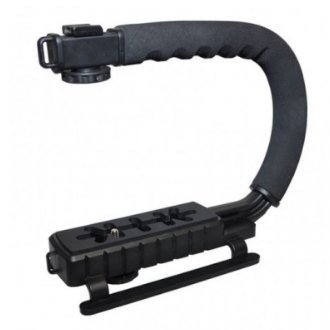 HDStar’s stabilizer is pretty similar to the one made by Fantaseal but is slightly cheaper. This stabilizer can also be mounted on a tri or monopod depending on the situation. 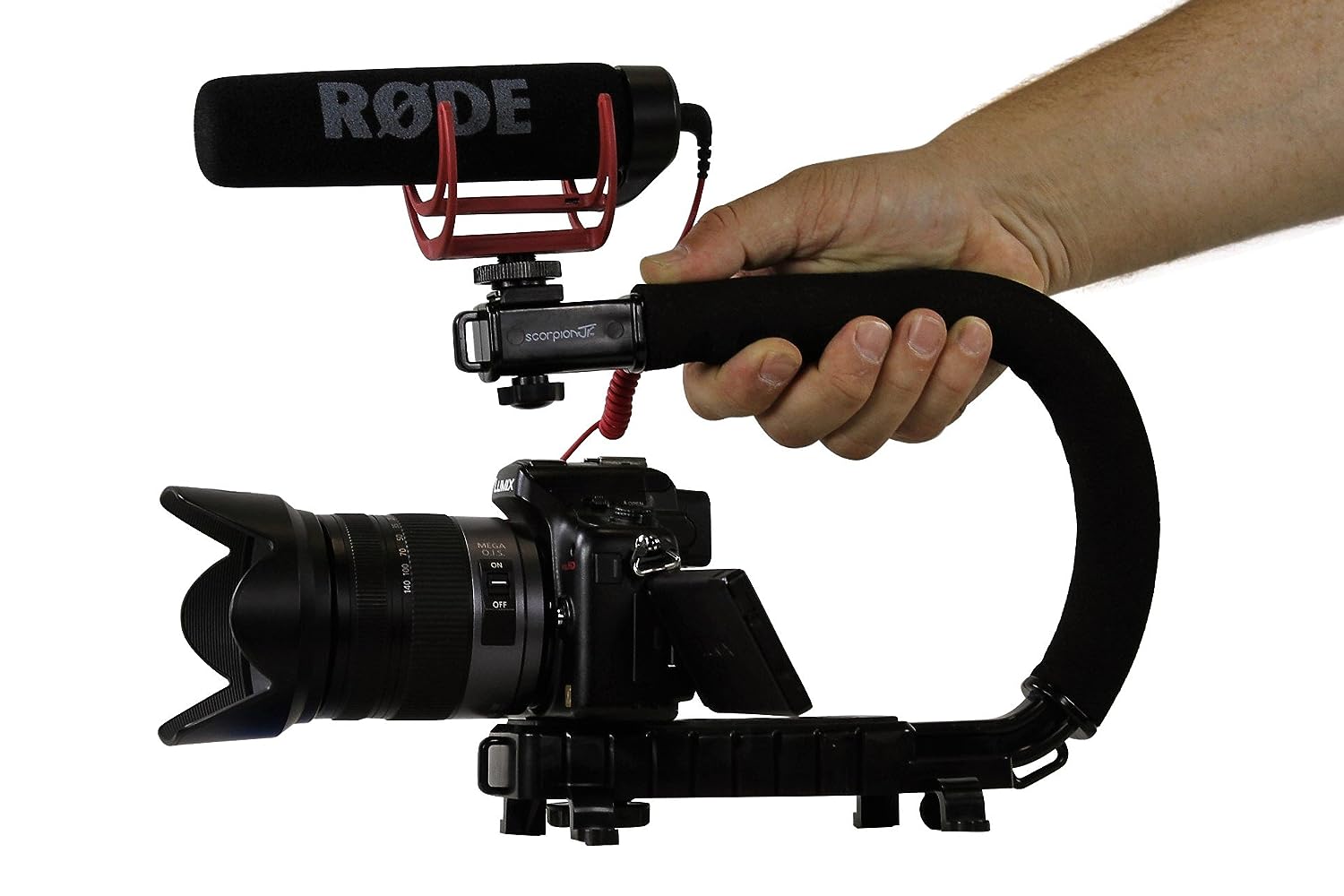 The Scoprion Jr. once again takes a similar shape to the HDStars and Fantaseal stabilizers. This time however, the top bar is a little more bent forward and longer so it extends over the bottom bar. This makes the Scorpion Jr. ideal for placing boom mikes that can easily hook up to a camera below. 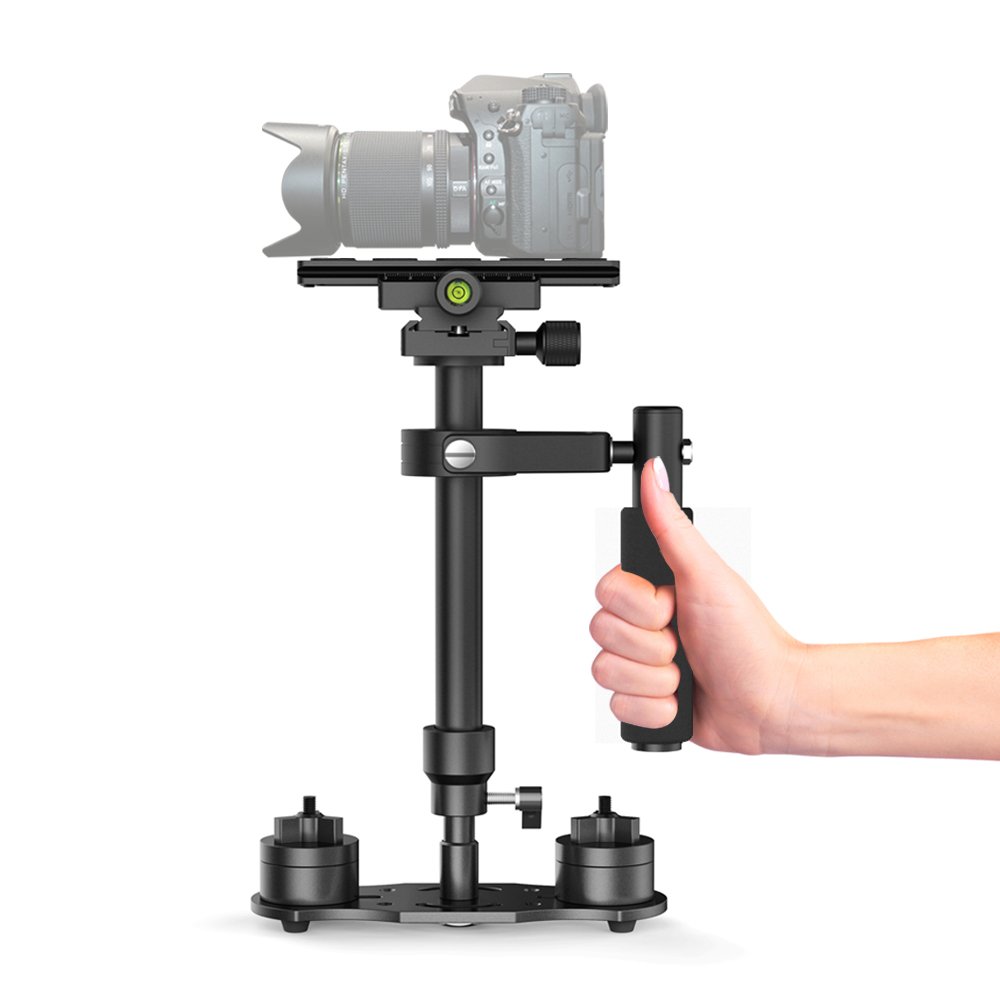 The CISNO stabilizer is a vertical extension stabilizer. At its base height, it sits at 11.6 inches and can extend to 15.7. It also sports a three-axis gimbal so you can have a variable shooting experience and still have a comfortable grip on the foam.

The stabilizer features a ruler and different treads where you can place a variety of devices. This stabilizer is perfect if you have a bunch of different recording devices. 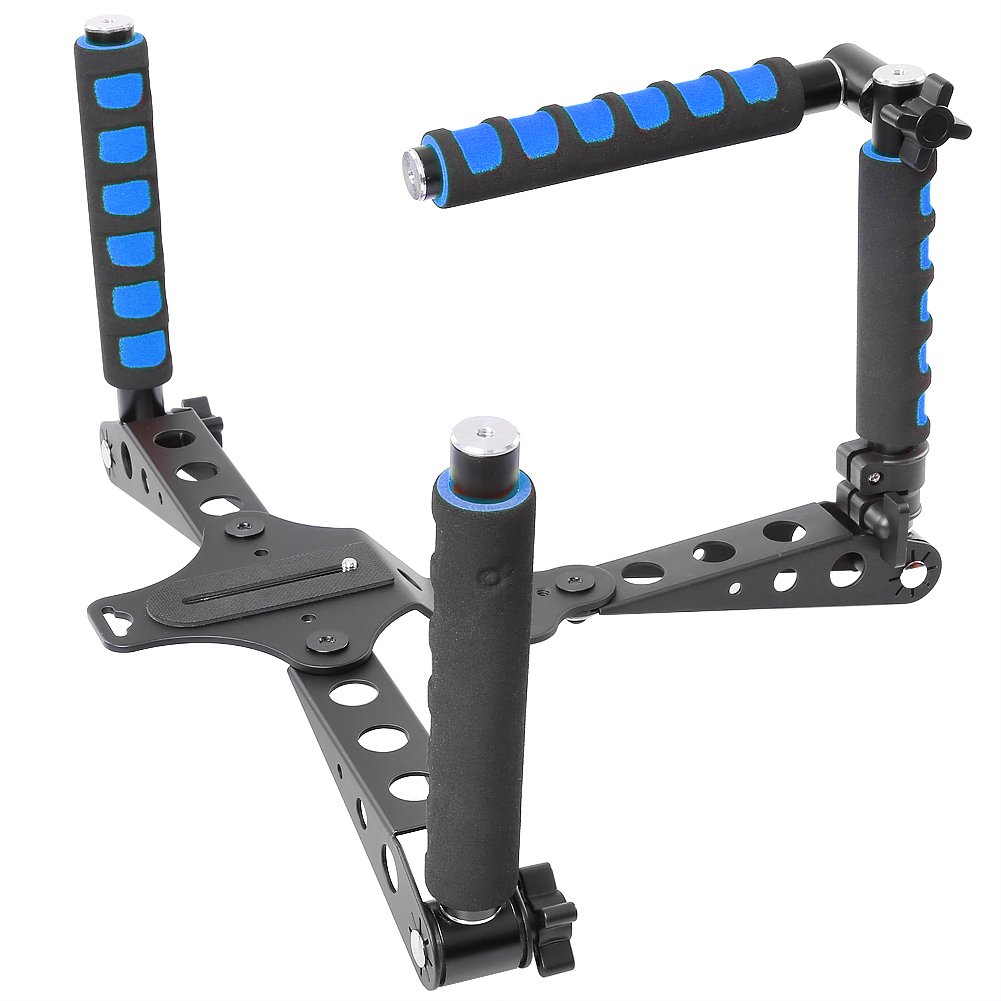 This stabilizer by Neewer is a pretty unusual design because you can mount it in a couple of ways. You can place it around your neck, over your shoulder,  or carry it the normal way. Regardless of the method, you’re going to get pretty stable shots. 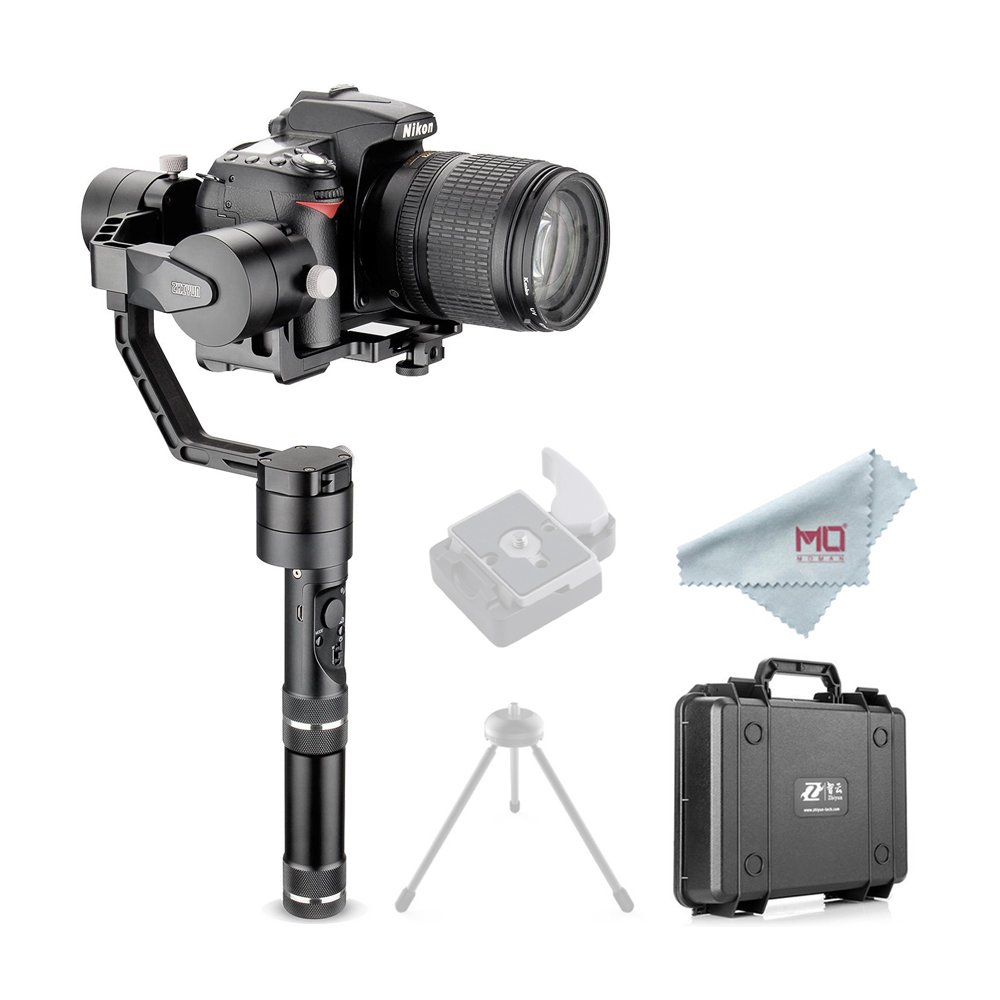 The Zhiyun Crane may seem a little pricey, but its an appropriate price for the stability of the device it’s holding. It can hold devices close to 4 lbs and can swivel devices 360 degrees on a 3-axis gimbal.

The key thing about this stabilizer is that its electronic and can be controlled via an app. You don’t even have to touch the camera while its recording to move the stabilizer in the desired direction. The controls are right near where your fingers are for easy use.