Racing drones are pretty rare, and their pilots an even rarer breed. The Goolsky MJX B6 is a brushless racing drone built for speed and maneuverability. It has a camera but its primarily used for live transmission to the pilot during flight.

The MJX B6 is one of the few racing drones sold completely built. A sizable portion of racing drones are built and continuously modified by hand to be faster and more maneuverable. 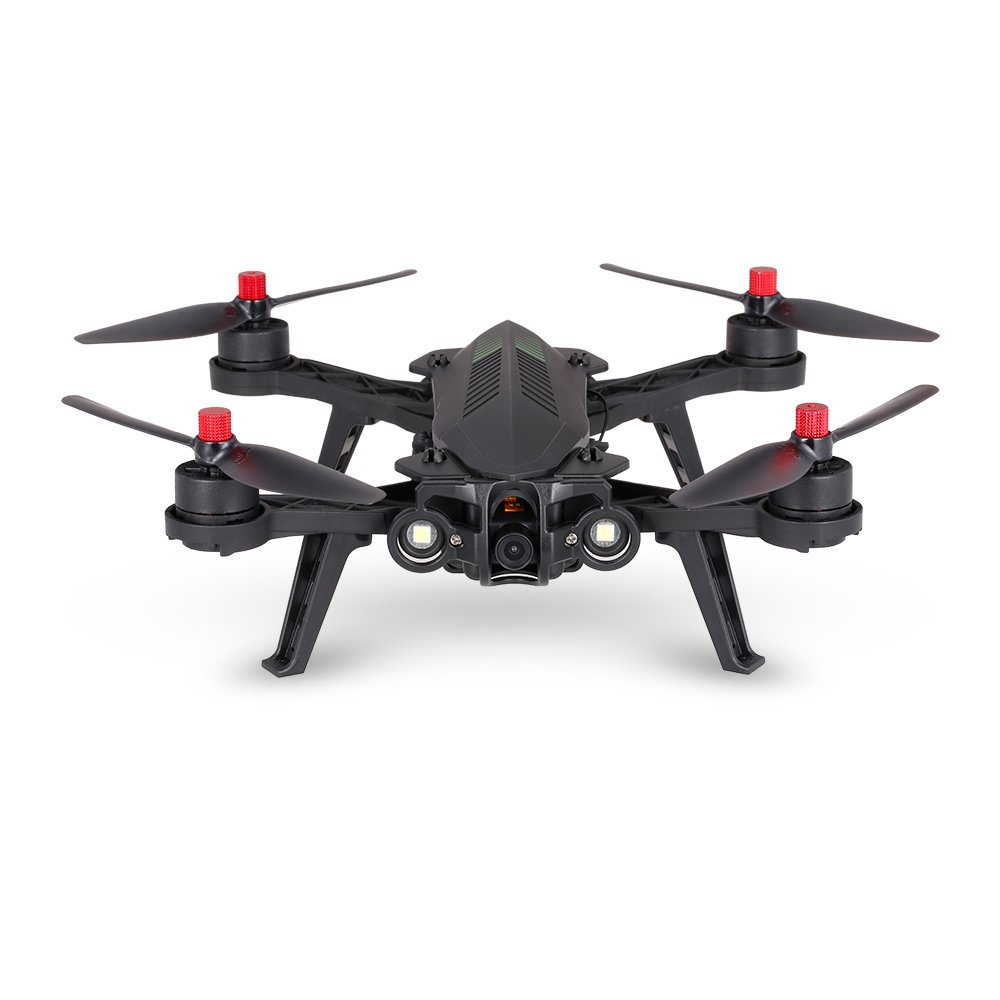 The MJX B6’s 720p camera is mounted in the nose, which is logical for most racing drones. Higher quality cameras make take up a little bit more space on the drone, and when it comes to racing, the power to weight ratio means a lot.

Most professional racing pilots prefer this method of flying because it gives them the ideal perspective from the drone. It’s like they themselves are sitting in a tiny cockpit.

You may have heard of the term “brushless” when referring to other drones or appliances. A brushless electric motor provides a great amount of power to any given object, for instance, a drone or a power drill.  Some motors have trouble adjusting to objects with high weights or jobs that require lots of power.

A brushless electric motor is what allows RC cars and drones to achieve high speeds. They also allow the pilots greater control over power output at a given time. Slowing down and speeding up isn’t much of a problem when this small drone is equipped with such a powerful engine.

As a result, MJX B6’s capabilities as a maneuverable drone far outpace many of the mainstream camera drones you might see in stores.

While turning and speeding up and down may seem like all it can do, the MJX B6 actually makes the case for being a well-rounded drone. Its camera operates as any normal nose-mounted camera would-able to take pictures at 720p via a button on the controller.

It also has two additional features-weak signal and low voltage. Basically, it will tell you if it’s getting too far away from the controller and when it’s running on fumes.

We like the MJX B6 for its all-around capabilities as a racing drone. Non-racing pilots might be concerned about what the quality provided by the 720p camera. However as we mentioned before, higher resolution cameras don’t necessarily help out a racing drones.

It’s amazing to think that there are racing drones out there that can be smaller and faster. That’s why we think the MJX B6 is an excellent beginner’s racing drone. Just because we say “beginners” doesn’t mean it should be the first drone someone receives. You should have plenty of experience with drones overall before you take on the MJX B6.